The actress’childminder spoke out about the stars troubled upbringing.

When Angelina Jolie won the Best Supporting Actress Oscar for her role in Girl, Interrupted, a quick kiss with her brother was probably the last thing she expected the media to report on.

However, back in 2000, Angie’s kiss with James seemed a little full-on for a brother and sister, and left people wondering if there were any romantic feelings between the pair.

But now, close friend to their mum, Marcheline, and childminder to the pair, Cis Rundle, has spoken out about the controversial kiss, claiming it was nothing more than platonic, sisterly love.

“The day she kissed Jamie at the Oscars, it was the first day Marcheline was treated for cancer. They left the hospital together and got ready together,” she told Radar Online.

“Nobody in the world knew that they spent the day in the hospital. It was like, ‘Look where we’re at now.’ But the world saw something incestual. It was meant to be ‘Here we are.’ They only ever had each other. They had a very tight relationship with each other and their mother.”

And whilst the ‘Salt’ actress is known for having a dark past, Cis, who cared for Angelina for eight years, revealed that the star secretly battled anorexia as a teen.

“I carried her into the hospital. She was in that anorexic stage…it was one of her stages. She didn’t stay, it got worked out,” she revealed.

“But Marcheline got scared that she wasn’t eating.”

Cis went on to explain that the mother-of-six also struggled with self harming as she was growing up.

“She just liked that little bit of pain. She liked that edge,” Cis revealed, adding that the star used to dip her finger into wax.

“She was a wild child. I knew she was always going to be a force to be reckoned with.”

And in another shocking revelation, whilst Angelina is widely regarded as one of the sexiest women in Hollywood, Cis revealed the philanthropist was often teased as a teen, because of her looks, with other children making fun of her plump pout.

“She didn’t really like Beverly Hills High School… They used to call her ‘Ubangi Lips,’” Cis said. “They made fun of her because of her lips and the girls were mean to her. She has these broad shoulders and long legs, she moved like a gazelle.”

But whilst Angelina had a rocky childhood, Cis was keen to share how proud she is of the role model Angie has turned to be.

“She knows I love her unconditionally. I was with them for eight years for almost every day of my life. I cherish every moment I got to be with her. I’m so proud of her.” 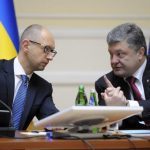 Cameroon leave it late in Guinea-Bissau

FIFA’s Blatter comes out fighting despite scandal and divisions 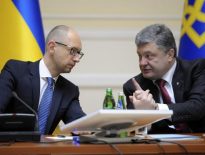