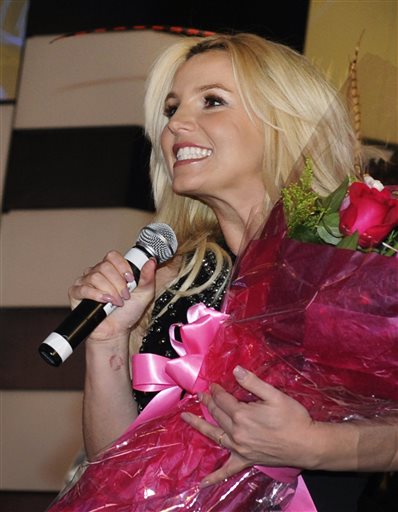 Singer Britney Spears speaks to the crowd after arriving at Planet Hollywood Resort & Casino before the debut of her new Las Vegas residency “Britney: Piece of Me” on Tuesday, Dec. 3, 2013, in Las Vegas. (Photo by David Becker/Invision/AP)

One block of the Strip was briefly shut down as the star pulled up to the casino in a convoy of black Cadillac Escalades.

Spears’ show debuts Dec. 27, just in time for Sin City’s massive New Year’s crowds. She will perform 50 shows each in 2014 and 2015, in a relatively small theater with nightclub touches, including table and bottle service.

Casino executives say the residency will feature top hits and more recent material, and could be extended if it’s a success.

Wearing a black cocktail dress with a rhinestone top, Spears, who turned 32 on Monday, signed autographs for a few of the more than 1,000 fans who came to see her arrival.

She walked up a red-carpeted staircase to a soundtrack of her own music, passing a display of her name spelled out in pink, glittery 6-foot Styrofoam letters, and accepted a bouquet of roses. A troupe of sexy, stylized circus performers vamped behind her.

I’m so happy to be here right now. This is my city. I can’t wait to see you guys opening night, she said.

She left after a few minutes to catch a plane to her home in Los Angeles. She is expected to start theater rehearsals next week.

Spears has released seven platinum-plus albums since she debuted on the music scene in 1999. She has more than a dozen Top 10 hits, including Toxic, ‘Gimme More and Oops! … I Did It Again.

Her eighth album, Britney Jean, was released this week to tepid reviews.

On Tuesday, Planet Hollywood officials handed out faux handwritten signs to a crowd of 20- and 30-somethings with messages like “I’m a slave for you, Britney and “You better work, Britney.

Oscar Pena, 26, said he drove from his home in Victorville, Calif., to see the singer. He held a sign wishing her a happy birthday in one hand and a bottle of beer in the other. He’s never seen a Vegas show but was planning to buy a ticket to see Spears.

It’s exciting. I’ve just been into Britney since I was a kid, he said.

Casino executives are hoping more people like Pena, a young customer by Vegas standards, come to see Spears, and then stay for the weekend.

David Hoenemeyer, president of Planet Hollywood, said the pop star has a bigger following than any other musician playing on the Strip.

She really cuts across all demographics. She has a remarkable following, and the ticket sales reflect that, he said. It’s a really big deal to have a star of her caliber performing for us.

Hannah Dreier can be reached at http://twitter.com/hannahdreier . 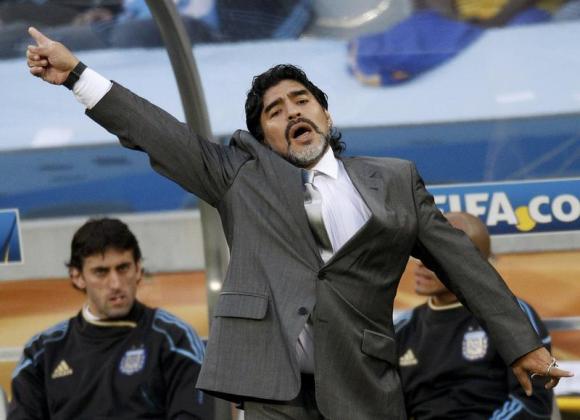 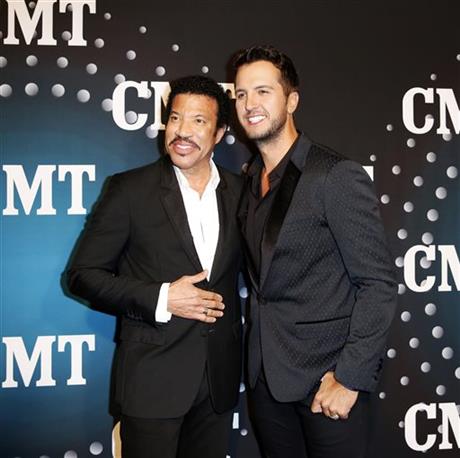