(Reuters) – Oscar-winning actor Morgan Freeman has a conundrum at 76 years of age: he gets plenty of job offers, but the roles tend to be serious and they only beget more serious roles.

“I would do anything that got me out of gravitas,” said the actor, who has played the likes of a prison inmate in 1994’s “The Shawshank Redemption” and Nelson Mandela in 2009’s “Invictus” over a prolific career.

So when the script for senior buddy comedy “Last Vegas” rolled his way, Freeman snapped it up. And so did three more of Hollywood’s top actors – Robert De Niro, Michael Douglas and Kevin Kline – in what turned out to be an embarrassment of casting riches for a film of somewhat modest means. It opens in U.S. theaters on Friday.

Incredibly, considering their long and varied careers, the four had never worked together and had barely socialized.

“Between professional screenings and this or that, we know each other and say hi, but we didn’t have the intimacy that you are witnessing,” Douglas said, joking alongside his three co-stars while promoting the film at a Las Vegas casino.

The four said they were drawn to the film by the prospect of working with each other and by the “material” – a script that shakes off the senior cobwebs.

Douglas, 69, is Billy, a hot-shot Malibu lawyer about to marry a much younger woman. De Niro, 70, plays Paddy, who holes himself up in his Brooklyn house after his wife’s death. Freeman is Archie, who has suffered a stroke and chafes under his overprotective son’s care. Kline, 66, is Sam, a bored Florida retiree who gets permission and a dose of Viagra from his wife to have a fling in Vegas.

Brought together for Billy’s bachelor party, they stop talking about prostate and heart problems and turn to gambling, heavy drinking, flirting, dancing, clubbing, bikini-contest judging and winning over a Las Vegas crowd skewed toward youth.

They also work out their issues, including old rivalries dating back to their days as boyhood friends from Brooklyn.

It brings to mind another recent Sin City buddy film, “The Hangover,” although this version is for the pension-collecting, sensible shoes-toting, geriatric set.

For director Jon Turteltaub, the four actors’ wealth of dramatic experience was a key to making the comedy work.

“The balance of drama and comedy and emotion and humor is everything because they justify the other’s existence,” he said.

“That’s what this cast gives you, not just that they are funny, but you believe in the dramatic histories they have.”

The movie from CBS Films, a unit of CBS Corp, has received mixed reviews, although many critics expect it will be crowd-pleaser like many of the recent raunchy friendship comedies.

Variety called it “as creaky as an arthritic hip,” while The Hollywood Reporter said the “royal flush of actors delivers a winning hand.”

Made for $28 million, it is expected to earn $15 million in U.S. and Canada ticket sales in its debut weekend, according to film sales forecaster Boxoffice.com.

The film also features Oscar-winning actress Mary Steenburgen, who plays late-in-life lounge singer Diana and is the object of desire of both Billy and Paddy. She says that being in their sixties and seventies made for some unique chemistry on set.

“It is very different if we had all been together when we were much younger,” said the 60-year-old Steenburgen. “We weren’t thinking about our next job, or how is this is going to affect my career. We were just enjoying the moment.”

Steenburgen said De Niro was “incredibly dear and touching,” Douglas “was so encouraging about doing a great job” and Kline was “our beautiful, magical, theatrical clown.” And the elder statesman, Freeman?

“You saw anyone who walked past him go weak in the knees, of any age,” she said. “Morgan is definitely the chick magnet of the bunch.”

Freeman, however, wants to set the record straight.

“I am drawn to chicks, rather than them drawn to me,” he said. 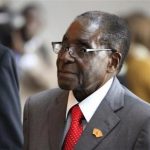 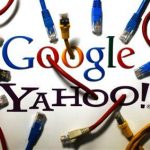 Seven dead as police and protesters clash in Egypt 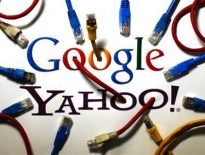 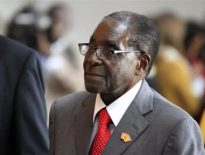