(Reuters) – Trekking in Australia’s desert with four camels for a movie based on a real-life voyage of discovery has prompted actress Mia Wasikowska to look for a flat in her native country and to put down roots there again for the first time since she was 17.

Wasikowska, 23, decided while filming director John Curran’s “Tracks”, which had its world premiere this week at the Venice Film Festival, to “commit” to living in Australia and working there again.

“I’ve been back and forth from America and Australia and I’ve always lived at my parents’ house when I’ve come back,” Wasikowska told Reuters in an interview.

Now, she said, “I’m going to live here and it’s time to get my own place and really kind of commit.”

Location is key to “Tracks”, a desert odyssey based on Australian author Robyn Davidson’s book about her 2,000-mile (3,200-km) trek, trailing four camels with her, from Alice Springs to the Indian Ocean in 1977.

It used to be required reading in Australian schools.

Despite the challenges of ferrying cast and crew around the outback, Curran was adamant the film be shot in the environment which plays a central role in the story.

“I wanted the film to be specifically Australian,” Curran told Reuters after receiving critical acclaim for the film’s sweeping shots of vast stretches of desert.

“I didn’t want it to be an interior film that I could shoot somewhere else … I wanted the landscape to be a big character.”

Davidson sought solitude, but needed financial and logistical help, which she accepted from a National Geographic photographer and an Australian aboriginal elder.

“It’s a very honest portrayal I think of Australia at that time, which was possibly not the most pleasant place for many people – women and indigenous people,” Wasikowska said.

“It was really nice to like merge the two worlds and support our own industry at home because it’s small but there’s a lot of really great creative voices there so it only helps our industry and hopefully creates more opportunities to work there.”

Despite their reputation for orneriness and having appallingly bad breath, Wasikowska said she liked the camels.

“Camels I’d work with any day,” she said. 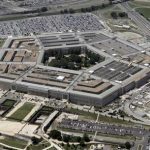 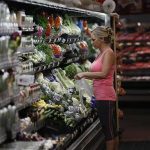 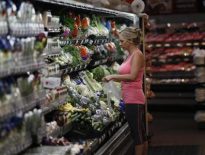 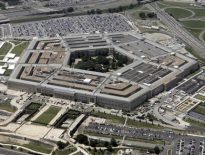 Business Pentagon insists it is open to foreign investment …