Aretha Franklin’s casket is to lie in repose at her father’s church on Thursday ahead of a tribute concert in her hometown Detroit and what will be a jubilant star-studded funeral on Friday.

Thousands of fans paid their respects at the open, golden casket of the US music icon and Queen of Soul, who lay in state at the Charles H. Wright Museum for African American History on Tuesday and Wednesday.

The 76-year-old singer, beloved by millions around the world, died of cancer on August 16, closing the curtain on a glittering six-decade career that made her one of America’s most celebrated artists.

On the second night of the public viewing, a huge queue of young and old, from babies in strollers to elderly women leaning on crutches and sitting in wheelchairs, snaked half a mile to file past her coffin.

An estimated 15,000 people came on Tuesday with a bigger crowd on Wednesday, one museum official told AFP. On Tuesday, she was dressed in a red dress with matching stilettos and on Wednesday in blue.

The funeral parlor have reportedly said Franklin will be dressed differently for each of the four days of celebration, which continues on Thursday with her coffin lying in repose at her father’s New Bethel Baptist Church, where she hosted dinners and recorded an album.

In the evening a free concert honoring Franklin’s life is to kick off at 6pm at the Chene Park Amphitheatre, an outdoor riverfront arena in downtown Detroit that has 5,000 seats and 1,000 lawn spaces.

Headliners include Gladys Knight, The Four Tops, Dee Dee Bridgewater, Angela Davis and Angie Stone. Louis Farrakhan, the controversial leader of the Nation of Islam, is included in the line-up.

On Friday, former president Bill Clinton and Smokey Robinson are among those due to address her six-hour, invitation-only funeral with musical tributes coming from Stevie Wonder and Ariana Grande.

It’s going to be all about her and the way she blessed us with her gospel music.

The gospel, soul and R&B star influenced generations of female singers from the late Whitney Houston to Beyonce with unforgettable hits including Respect (1967), Natural Woman (1968) and I Say a Little Prayer (1968).

I think this is really doing her really good, said nurse Tremaine Townsend, 38, among the thousands who filed past Franklin’s casket on Wednesday, thrilled by the four-day celebration.

The city of Detroit loved her, this was her home and I think they’re really showing her the love that she deserved, she said.

Touched so many hearts

Franklin is considered royalty in her Michigan hometown. The atmosphere outside the museum was festive, her music blaring out of loudspeakers as people danced and volunteers handed out water.

Franklin won 18 Grammy awards and provided a soundtrack to the civil rights movement, singing to raise money for the cause and uplifting activists with her phenomenal voice and upbeat anthems.

Her signature song, Respect — recorded as a feminist anthem — became a rallying cry as African Americans rose up nationwide in the 1960s to fight peacefully for racial equality.

Everybody is just so thrilled when they go in and come out, said Evelyn Couch, 65, a retired social worker who is handicapped, and who traveled 100 miles (60 kilometers) with her family.

The daughter of a prominent Baptist preacher and civil rights activist father, Franklin sang at the funeral of Martin Luther King Jr., as well as the inaugurations of presidents Bill Clinton and Barack Obama.

She was awarded America’s highest civilian honor by George W. Bush and tops Rolling Stone’s list of the 100 greatest singers of all time.

Married and divorced twice, and the mother of four, she will be buried at Woodlawn Cemetery in Detroit, alongside her father and siblings. 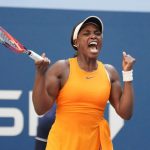 Sushi and a slushie steer Stephens into US Open third round 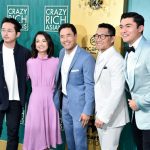 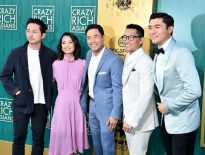 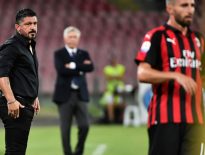 Football Kaka back in Italy to discuss AC Milan role