Entertainment: Denzel Washington wins raves on Broadway for ‘A Raisin in the Sun’ 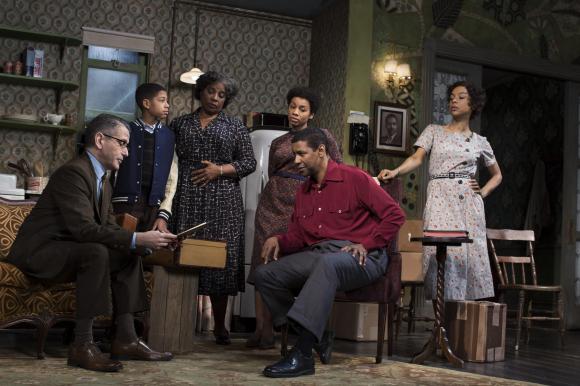 A scene from the play “A Raisin in the Sun” by Lorraine Hansberry is pictured in this undated handout photo courtesy of Brigitte Lacombe. From left, the cast are: David Cromer, Bryce Clyde Jenkins, LaTanya Richardson Jackson, Anika Noni Rose, Denzel Washington, and Sophie Okonedo. Denzel Washington may be best known for his film roles, but the award-winning actor is dazzling theater critics in the Broadway revival of Lorraine Hansberry’s acclaimed 1959 play “A Raisin in the Sun.” To match story THEATRE-DENZEL REUTERS/Brigitte Lacombe/Handout via Reuters (UNITED STATES – Tags: ENTERTAINMENT) ATTENTION EDITORS – THIS PICTURE WAS PROVIDED BY A THIRD PARTY. REUTERS IS UNABLE TO INDEPENDENTLY VERIFY THE AUTHENTICITY, CONTENT, LOCATION OR DATE OF THIS IMAGE. THIS PICTURE IS DISTRIBUTED EXACTLY AS RECEIVED BY REUTERS, AS A SERVICE TO CLIENTS. NO SALES. NO ARCHIVES. FOR EDITORIAL USE ONLY. NOT FOR SALE FOR MARKETING OR ADVERTISING CAMPAIGNS

(Reuters) – Denzel Washington may be best known for his film roles, but the award-winning actor is dazzling theater critics in the Broadway revival of Lorraine Hansberry’s acclaimed 1959 play A Raisin in the Sun.

Heart-stopping, a Broadway bulls-eye and nothing short of revelatory are just a few of the accolades used to describe director Kenny Leon’s production, which opened on Thursday at the Ethel Barrymore Theatre.

It captures the play’s passion, pathos and intelligence, without stinting on Hansberry’s dry humor, the New York Post said.

Hansberry’s story about a struggling African-American family seeking a better life after inheriting a windfall was the first play written by an African-American woman to be produced on Broadway.

Washington, 59, plays an ambitious chauffeur with big dreams of success but no business acumen to achieve it.

Reprising Sidney Poitier’s role, Washington is stunning as the dreamer-schemer Walter Lee Younger, whose frustration throbs at the heart of an American classic that is as deeply humorous as it is affecting, said the New York Daily News.

Trade magazine Variety described Washington’s performance as a triumph, while the New York Post said he was incredibly believable.

Although the Academy Award winner for the 2001 crime drama Training Day and the 1989 Civil War film Glory is nearly 25 years older than Hansberry’s original Walter, his energy and exuberance on stage is convincing.

The performance is a personal triumph for Washington, who refrains from star-strutting to fold himself into a tight-knit ensemble of committed stage thesps who treat this revival like a labor of love, Variety said.

This was not Washington’s first successful foray on Broadway; the actor picked up a Tony Award in 2010 for Fences.

Washington leads an all-star cast that includes LaTanya Richardson Jackson (Malcolm X, Sleepless in Seattle) as his mother Lena, the strong, loving matriarch of the family.

The New York Times added: Ms. Rose stands out as a revelatory Beneatha.

Although Washington is the star attraction, the Hollywood Reporter credits the ensemble cast for giving the revival its authentic feeling.

The warmth as well as the frictions and frustrations of a real family ripple through this lived-in production, with an accomplished cast that nestles deep into every moment of humor, hope and sadness, it said.

Hansberry was the first African-American playwright to win the New York Drama Critics’ Circle Award. She died of pancreatic cancer in 1965 at the age of 34.

(This story was refiled to change win to wins in headline)

Entertainment: Denzel Washington wins raves on Broadway for ‘A Raisin in the Sun’ 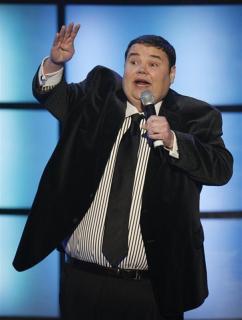 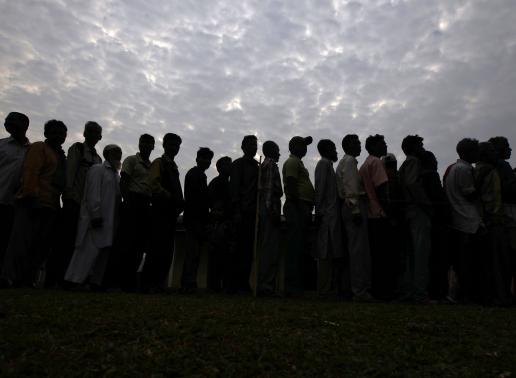