She’s certainly a welcome TV presence this summer as the star of Extant, a 13-episode thriller on CBS where she plays Molly Woods, an unexpectedly expectant astronaut. It premieres Wednesday (9 p.m. EDT).

The premise of the show — that Molly was somehow impregnated while on a solo yearlong outer-space mission — seems on its face outrageous funny business. As in, unintentionally funny.

But Extant turns out to be smart and engrossing, with a meditative, gently futuristic touch (check that high-tech garbage can) that draws the viewer in.

And, of course, it boasts Berry, who is not only a delight for the eye but also a marvelous actress, with an Oscar for her 2001 film Monster’s Ball as solid evidence.

At the start we find Molly adjusting to life back on Earth with her scientist husband, John (Goran Visnjic), and Ethan, their adorable young son (Pierce Gagnon). Ethan, as we soon find out, isn’t biologically theirs, or biological at all, but, instead, a robot. Or rather, a humanic, designed by John to satisfy their childless state (Molly had been told she couldn’t conceive).

John not only loves Ethan as if he is their own flesh and blood, but also sees him as the prototype of a new class of robot that can be raised from childhood and instilled with human values, programmed by a day-to-day human experience, as John tells a group of potential funders for his Humanics Project. The humanics brain learns right from wrong, good from bad, the same way we did.

Of course, the success of this venture could lead to disaster. Were millions of humanics loosed on the planet, they just might rise up against their human masters. But that’s a possibility John indignantly rejects.

But she has other worries. She is hard-pressed to explain her pregnancy, and what to expect now that she is expecting.

She is haunted by not one but two dead (or are they?) astronaut colleagues.

And she is being investigated by her bosses at the private-sector International Space Exploration Agency for a suspicious 13-hour gap in her in-flight record-keeping. She had secretly pulled a Rose Mary Woods and erased the onboard video to hide a very strange event.

Extant makes effective use of familiar storytelling tropes: the evilness of big business and science gone awry in an atmosphere of growing danger.

Don’t trust them, Molly is admonished by a shadowy figure at the end of the hour.

The series was created, and the premiere written by, TV newcomer Mickey Fisher. He brings a fresh take on high-tech paranoia, while addressing a timeless theme: the blessings and pitfalls of God-given free will, exercised here by an adorable machine.

All that, plus terrific Halle Berry, mysteriously carrying who-knows-whose child.

EDITOR’S NOTE — Frazier Moore is a national television columnist for The Associated Press. He can be reached at fmoore@ap.org and at http://www.twitter.com/tvfrazier. Past stories available at http://bigstory.ap.org/content/frazier-moore 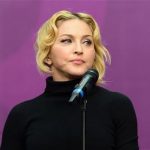 Entertainment: Like a juror: Madonna does NYC jury duty, briefly 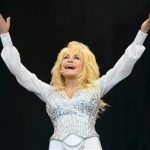 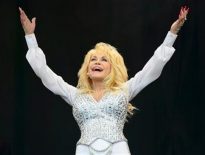 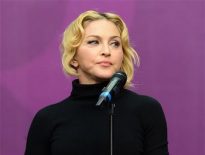 Celebrity Entertainment: Like a juror: Madonna does NYC jury…