(Reuters) – Bankers across Europe are filling cinema seats for a sneak peek at “The Wolf of Wall Street”, booking out theatres and rolling out the red carpet for clients eager to see a film about excesses in their own high-flying industry.

Nordea, the Nordic region’s biggest bank, booked all 140 seats in one downtown Stockholm movie theatre on Thursday, sectioning off part of the cinema for clients and starting the event after local markets closed.

The Italian stock exchange is showing the film on-site next week while the after-party of the recent Paris premiere was held at the former site of the Paris bourse.

The film, which opens in European theatres in the coming week, is based on the memoir of disgraced U.S. stockbroker Jordan Belfort.

The role is reminiscent of Michael Douglas’s fictional character in the 1987 film “Wall Street”, which helped spawn a generation of stockbrokers.

Douglas’s character, Gordon Gekko, famously said: “The point is, ladies and gentleman, that greed, for lack of a better word, is good.”

For its special screening, Nordea bank’s invitation featured a picture of DiCaprio, decked out in a pin-striped suit and slicked-back hair, with Belfort’s own words: “I partied like a rock star, lived like a king.”

The event was so popular the bank had to purchase extra tickets and even had a waiting list for some clients.

“This is a client event mainly for entertainment purposes, and is a good opportunity for staff to mingle with clients,” Helena Ostman, head of communications at Nordea, said.

A group of young professionals from Swedish lender Swedbank, whose chief executive officer is coincidentally called Michael Wolf, organized tickets to a show later in the month, with all seats snapped up in less than five minutes.

The Italian Stock Exchange will show the film next week, giving members of the financial industry a chance to rub shoulders in what will be Italy’s first screening.

The idea of having a showing at the Italian Stock Exchange, a first for Borsa Italiana, arose because the Leone Firm production house, which distributes the film in Italy, listed on the Italian AIM market on December 18, a spokesman said.

“It’s a way to celebrate their market debut,” said Andrea Monzani, spokesman for the exchange, which is controlled by the London Stock Exchange.

The Martin Scorsese-directed film had its debut in U.S. theatres on Christmas Day and was No. 4 at the North American box office for the three days starting January 3, behind “Frozen”, “Paranormal Activity” and “The Hobbit”.

The three-hour, R-rated film earned a Golden Globe nomination for best movie in a musical or comedy and a best actor nod for DiCaprio, generating speculation of more to come when the Oscar nominations are announced on January 16.

Critical reaction has been mixed, with some calling it a masterly depiction of American greed culture while others have found its full-on depiction of wild parties and excess stultifying.

DiCaprio, though, has mostly received raves, with trade publication Variety saying, “DiCaprio doesn’t just play this part; he inhales it, along with everything else that goes up Belfort’s nose and into his bloodstream.”

The 39-year-old DiCaprio read Belfort’s no-holds barred, unapologetic book about six years ago and knew he had to portray the cocaine-snorting, fast-talking financial bad boy on the big screen, saying the biography was a reflection of “everything that is wrong in today’s society”.

The excessive ways of the financial industry came under close scrutiny following the 2008/2009 global financial crisis and authorities have clamped down on banks to avoid a repeat.

Reckless lending brought several European banks and some governments to their knees during the crisis, which is still playing itself out in a number of euro zone countries. 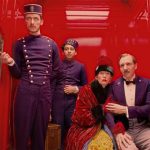 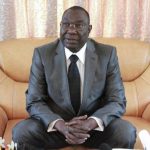 Jay-Z Gets Into Sports Representation With Signing Of Robinson Cano

Michigan woman, 104, forced to lie about age on Facebook

Europe’s bankers, investors flock to “The Wolf of Wall Street” 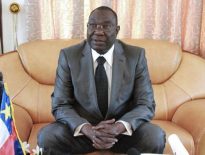 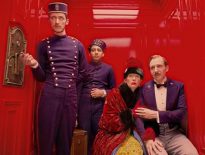 Entertainment 10 things to look for in 2014 at the movies