Galliano, one of the most flamboyant and successful designers in the fashion industry, was sacked in 2011 by LVMH, parent of Dior and his eponymous brand, after a video showed him making anti-semitic comments in a Paris bar.

Since then, Galliano has acknowledged having undergone treatment for drugs and alcohol, and worked briefly as a designer for New York fashion brand Oscar de la Renta in 2013.

Galliano, a graduate of London’s prestigious Central Saint Martin’s College, had won praise from fashion critics for his theatrical, romantic shows at Dior and well as for his creative designs for his John Galliano brand, which is still owned and run by LVMH, the world’s biggest luxury group.

This appointment marks a new era in the history of the Maison, OTB President Renzo Rosso said in a statement. A visionary, non-conformist, creative talent to give new significance to the iconoclastic heritage of Margiela, and new impulse to its exciting future.

The brand’s founder Martin Margiela left his fashion house in 2009. Before that he kept a very low profile, rarely giving interviews. When he did, he preferred to do so in writing, and he would generally sign Maison Martin Margiela as opposed to his own name.

His brand’s products did not carry the Belgian fashion house’s name, but visible white stitches instead as a signature.

They hired the most visible designer to replace the most invisible designer, which is very ironic and funny and from that point of view, very much in the spirit of Maison Martin Margiela, Bea Ercolini, editor in chief of Elle in Belgium, told Reuters.

Since Margiela left, the brand has been led by a team of designers. No designer left to make room for Galliano, a spokeswoman for OTB said on Monday.

Galliano’s first show for the brand will be in January for Haute Couture week in Paris.

OTB acquired Maison Martin Margiela in 2002 and the brand, which now makes around 100 million euros in annual sales, has been profitable for just under three years. 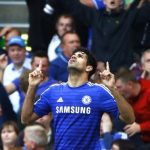 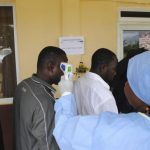 Mel B Was Rushed To Hospital ‘Screaming In Agony’

French embassy in Libya hit by ‘car bomb’ in Tripoli 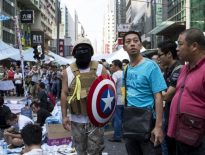 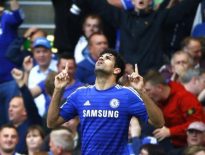