(Reuters) – Singer Shakira and Spanish footballer Gerard Piqué are asking fans to donate gifts like mosquito nets and vaccines for the world’s poorest children in an online baby shower to mark the couple’s first child.

The 35-year-old Colombian pop star, who is a UNICEF Goodwill Ambassador, and the FC Barcelona center back said on Wednesday they had launched a “virtual living room” for purchase of life-saving items which will be distributed to children and communities in some of the poorest parts of the world.

The singer, who has not announced her due date but has posted recent photographs indicating the baby is likely due later in January.

“To celebrate the arrival of our first child, we hope that, in his name, other less privileged children in the world can have their basic needs covered through gifts and donations,” the couple said in an announcing the “Inspired Gifts” program.

Fans and supporters can enter the virtual shower and pay for items ranging from a $5 mosquito net, which protects babies from malaria or $10 for polio vaccines for 17 children, to the top-priced $110-item – therapeutic food, which is a peanut-based paste that can save an acutely malnourished child.

The virtual shower can be accessed at uni.cf/baby.

Shakira has also been working on her eighth studio album and will fill in for Christina Aguilera as one of the regular coaches for the next season of the U.S. singing competition “The Voice.”

Shakira first publicly confirmed her relationship with Piqué in March 2011 and revealed in September that they were expecting their first child. 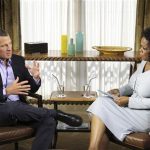 Nigeria: 20 Years in the Showbiz Industry – Omotola’s Most Cherished Moments 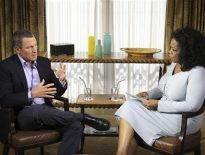