She accused the Hollywood Foreign Press Association of not even watching Girls Trip.
Don’t mess with the Flossy Posse.

When the Golden Globe nominations were announced on Monday, there was one name glaringly absent. OK, there was more than just one, given the award show’s spotty track record, but the omission of Tiffany Haddish from Girls Trip left a particularly bad taste in our mouths. No one made us laugh harder this year than Haddish, and as the star herself has said, she ready.

After the snub, Haddish’s Girls Trip co-star Jada Pinkett Smith tweeted on Monday that she had so much to say about the nominations, but chose to bite her tongue instead. Cut to Tuesday, when the actress pulled a complete 180 and launched into an epic tweetstorm about the film’s lack of awards consideration.

I’m not upset about @TiffanyHaddish or @GirlsTripMovie not getting a nom… I’m discouraged about the fact that the Hollywood Foreign Press/@goldenglobes wouldn’t even WATCH the movie, she wrote. 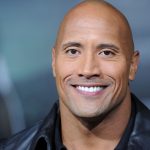 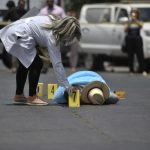 The Most Dangerous Countries In The World To Be A Journalist

Lindsay Lohan: ‘I’m beginning the process to prove myself’ 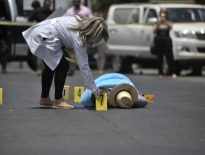 News The Most Dangerous Countries In The World To Be A … 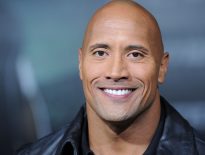