(Reuters) – Jay Leno’s send-off as the host of NBC’s late-night talk show the Tonight Show drew 14.6 million viewers, Nielsen Media Research said on Friday, topping the audience that bid adieu to the host when he left the show for the first time in 2009.

Leno’s emotional farewell on Thursday was the comedian’s fourth-largest Tonight Show audience since he took the reins from Johnny Carson in 1992.

The finale attracted the same number of viewers who tuned in to watch Leno interview U.S. President Barack Obama in 2009, in what was the first ever appearance of a sitting president on a late-night talk show.

Carson, who led the show for 30 years, attracted 42 million viewers for his final show in 1992, in an era when broadcast television commanded far greater audiences than today.

Viewership of the Tonight Show, which has been the top-rated late night show under Leno’s guidance since 1995, was also helped on Thursday by NBC’s lead-in coverage of the first day of Winter Olympics.

Leno, 63, was given a star-studded good-bye with comedian-actor Billy Crystal as the featured guest and surprise appearances by Oprah Winfrey, Jack Black, Carol Burnett and Kim Kardashian, among others.

Audiences during Leno’s final week rose to nearly 5 million per episode compared to the season average of 3.9 million.

Current Late Night host Fallon, 39, will take over for Leno on February 17 as Comcast Corp-owned NBC attempts to transition the show to the younger, under-50 demographic most coveted by advertisers while keeping its grip atop the ratings.

It is not known if Leno will pursue another show in television once his contract with NBC expires in September, but the comedian will tour his stand-up show as he has done in years past.

Leno’s highest-rated show drew 22.4 million viewers in 1993, a year into his tenure, and was tied to the finale of the NBC comedy series Cheers, which was one of the most-watched TV episodes in U.S. history.

Other notable episodes during Leno’s reign include his first telecast in 1992, which attracted 16.1 million viewers, and 15 million viewers tuned in to watch the show after the 1998 finale of popular sitcom Seinfeld.

NBC previously attempted to make the passage to a younger audience in 2009 by slotting Leno into primetime and giving its marquee Tonight Show to comedian Conan O’Brien, who had been the host of Late Night.

Some 11.9 million people watched Leno’s final show in 2009 before handing off to O’Brien. But the failure of the Leno-O’Brien gambit led NBC to reinstall Leno as Tonight Show host after just eight months and forced O’Brien to end his contract with NBC, resulting in a very public, bitter feud.

Leno’s departure aroused congratulations, a wry mention and a jab from his late-night talk show rivals.

O’Brien, who was groomed for Leno’s seat only to be pushed out by the network and the host, said on his TBS cable program that he would allow himself a single joke at Leno’s expense.

The Olympics start airing tonight on NBC … NBC will finally get to show somebody who is OK with passing the torch, the comedian quipped.

CBS’ David Letterman, beaten out by Leno for the Tonight Show chair in 1992, ultimately straining their friendship, noted that Leno’s 22 years on the show were remarkable and congratulated him on a wonderful run.

ABC’s Jimmy Kimmel, who has been highly critical of Leno’s brand of middle-brow humor, the treatment of O’Brien and the handling of his departures, tweeted out a congratulatory note on Twitter.

Issues aside, 20 years at #1 is a remarkable achievement. Congratulations and best wishes to @jayleno on an incredible run, the Jimmy Kimmel Live host wrote.

(This version of the story changes the period to a comma at end of O’Brien quote in paragraph 17.) 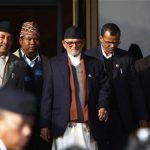 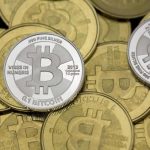 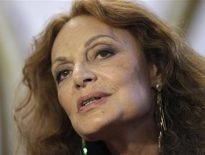 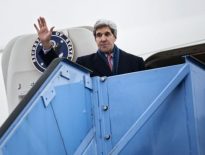 Asia Kerry to visit China, South Korea, Indonesia and A…