The 31-year-old shares photos from Hawaii… 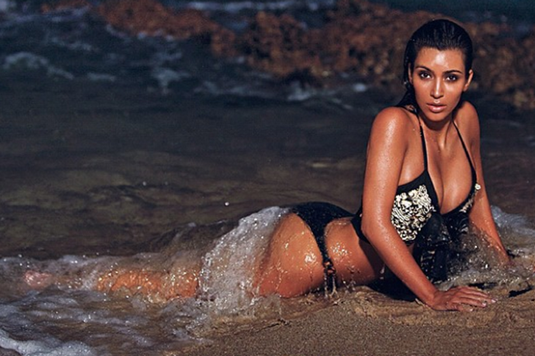 Well, aloha to you, too, Ms. Kardashian.

The reality star is no stranger to put her famous curvaceous body on display – and Kardashian once again gave her Instagram and Twitter followers some eye candy to feast on by posting photos where she’s posing in the sand in a sexy swimsuit.

Displaying mayor cleavage in the low-cut black and white print bikini, the 31-year-old Kadashian was soaking wet as the waves crashed on her body in images titled as “night shoot.”

Earlier this month, the reality star and her boyfriend of four months hip-hop star Kanye West checked into a $10,000-a-night suite at the Kahala Hotel & Resort in Honolulu.

Although the trip was work-oriented for 35-year-old West, who’s recording parts of a new album, his girlfriend enjoyed accompanying her beau for the Hawaiian escape.

“When this whole life is done, and it’s just the two of us sitting somewhere when we’re 80, you want to have things to talk about that you have in common,” Kardashian told New York magazine in a recent interview of West. “I think that’s something maybe I didn’t value as highly as a quality I cared about in someone.” 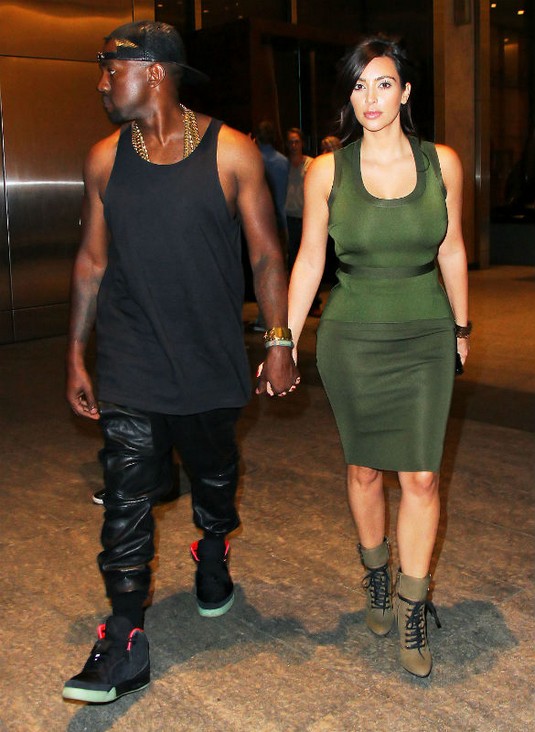 Related:  'It's the most humiliating thing that's ever happened': Selena Gomez says she was mortified to be caught on camera kissing Justin Bieber
Powered by Inline Related Posts

Celebrity Getting Ready For A Wedding? Brad Pitt And Angelin…