A Kuwaiti artist whose pictures of men were deemed “obscene” by authorities said she would keep on producing art that challenged perceptions of society in the Gulf Arab state after her exhibition was shut down.

Officials sent by the government told the gallery showing Shurooq Amin’s work to close her “It’s a Man’s World” exhibition last month, three hours after it opened, the artist said.

The works were “indecent” and “obscene”, a notice from the Commerce Ministry, seen by Reuters, said. Officials from the ministry – which issues licenses for art galleries to operate – declined repeated requests to comment.

Amin said officials focused on two of her 16 works – a painting of a woman in a mini-dress sitting on a man’s lap entitled “My Mistress and Family” and a picture showing three men playing cards and drinking “grape juice” from a bottle which suggested contraband alcohol.

She has held nine solo exhibitions in Kuwait, including one called “Society Girls” in 2010 about the role of women in society, which she said sparked debate but was not banned.

Although Kuwaitis enjoy greater freedom of expression than citizens in more conservative Gulf countries and have access to a comparatively lively and outspoken domestic press, the state can censor publications and films it deems morally offensive.

Amin and other members of the artistic community said that this was the first time that they had heard of an exhibition being closed down. The Al M. Gallery declined to comment but a notice on its website showed the exhibition was “suspended.”

Works seen to be insulting to Islam, the emir, or calling for the overthrow of the leadership are prohibited in Kuwait where pornography and alcohol are banned and adultery is punishable by law.

Opposition Islamists made gains in a snap parliamentary election in February and liberal commentators have voiced concern that political change in Kuwait could lead to restrictions on freedom of expression and public life.

A small group of hard-line Islamist parliamentarians said last month they wanted to propose a law banning flirtatious behavior and “indecent attire” in public, which would include swimsuits on beaches, according to Kuwaiti media.

Most Kuwaitis dress modestly but there are no specific laws governing dress and women are not required to wear head coverings. Men and women can work together although universities are required by law to segregate the sexes. 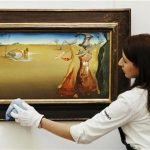 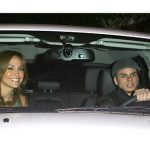 Bobbi Kristina Was Already A ‘Problem Child’ At 14, Says Source 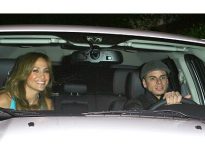 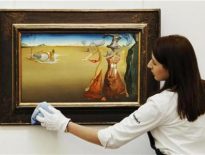