A 75-year-old masterwork by Surrealist painter Salvador Dali is expected to fetch $10 million or more when it hits the auction block next month, Sotheby’s said on Wednesday.

“Printemps necrophilique,” a 1936 work by the Spanish master which depicts a seated male and a standing female in an eerily realistic landscape, has a presale estimate of $8 million to $12 million when it is offered at the May 2 sale of Impressionist and Modern Art. It was last been on the market about 15 years ago.

Surrealist art has seen soaring prices in recent seasons, with works by painters such as Max Ernst and Paul Delvaux selling for many times their estimates or setting records at sales in New York last fall.

“Surrealism is the last great movement of 20th-century modernism to be fully appreciated in the marketplace,” said Simon Shaw, Sotheby head of Impressionist and modern art in New York, referring to recent records.

Dali’s “Portrait de Paul Eluard” set a record for a Surrealist work when it sold for $21.7 million at Sotheby’s in February 2011, while Ernst’s “The Stolen Mirror” soared to $16.3 million, or more than three times the estimate, smashing the artist’s record of $2.67 million at Christie’s last fall.

“Surrealism continues to present exciting opportunities for collectors given the wide range of material available at varying price points… and the fact that great masterworks remain in private hands,” Shaw added.

He said the category was also appealing to collectors because it crosses over well with collections of contemporary art, which is another hot category.

Other Surrealist highlights at the May sale include Delvaux’s “Le canape” and Ernst’s “Leonora in the Morning Light,” each expected to sell for between $3 million to $5 million, not including commission.

“Printemps necrophilique,” which was originally owned by Paris fashion designer and occasional Dali collaborator Elsa Schiaparelli, will go on exhibition in London from April 13-18 and in New York in advance of the May sale, along with other Surrealist works. 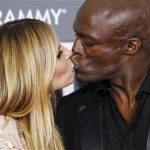 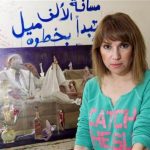 Regulators See Value in Bitcoin, and Investors Hasten to Agree 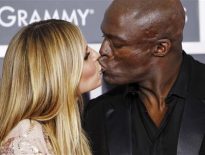