Nicki Minaj rapped about shortbread. Ariana Grande let her hair down. Oh, and all of your favorite artists performed.

We must be talking about the MTV Europe Music Awards, which celebrated its 20th anniversary Sunday with a Scottish-accented show in Glasgow.

Grande capped a breakthrough year with two trophies at the EMAs. Grande was named best female artist and also took the best-single prize for Problem, one of a string of hits she’s had this year. The 21-year-old singer said she was doubly grateful to the EMAs – meeting Iggy Azalea at last year’s awards show led directly to working with the Australian rapper on Problem.

This is absolutely crazy, Grande said after her second win of the night.

It was a happy ending for a performer who admitted she was too excited to sleep the night before the ceremony and that she was shaking after walking past a gaggle of photographers on the red carpet.

Minaj proved a confident if conventional host for the show at Glasgow’s SSE Hydro arena, and she also took home the prize for best hip-hop artist.

I’ve been learning so much about your beautiful country and culture … I’ve pretty much become Scottish, Minaj said. She illustrated it by rapping about whiskey and shortbread and singing a snippet of The Proclaimers’ anthem I’m Gonna Be (500 Miles).

Did Minaj Stick to the Script Though?
Minaj’s more provocative side, however, was kept under tight control. There were writhing dancers during a performance of her bum-centric hit Anaconda, a putt into a derriere-shaped mini-golf hole in tribute to Scotland’s love of golf and a couple of F-bomb obscenities directed at – of all things – an animatronic dinosaur. But on the whole, the event stuck to a standard awards-show script.

Beyoncé did not appear as widely rumored, and Scottish DJ Calvin Harris had to pull out due to illness. But thousands of young Scottish music fans in the arena – and a global TV audience – saw a high-energy show featuring performances from acts including Ed Sheeran, Alicia Keys, Enrique Iglesias and U2, who brought their own string section.

Rising talent was represented by the likes of crunchy British rock duo Royal Blood and singer Charli XCX, while former Baywatch star David Hasselhoff got a rousing cheer when he took the stage in a kilt.

Winners of the awards are selected by fans across the continent. The EMAs are held in a different European city each year.

None of those acts was on hand to accept their prizes in person.

The awards, founded in 1994, adopted a time-travel theme for their 20th anniversary. Giant balloons of the planets floated in the arena, and Grande performed her song Break Free from a flying pod while wearing a white mini-dress reminiscent of the animated TV show The Jetsons.

But there were few of the unscripted-feeling moments that made past shows stick in the memory – Kanye West crashing the stage after losing in 2006, Miley Cyrus smoking a joint in Amsterdam last year.

Even former bat-chomping hell-raiser Ozzy Osbourne – introduced by guitar hero Slash as a man who scares the hell out of most people, and all bats – seemed an elder statesman as he accepted a Global Icon accolade. 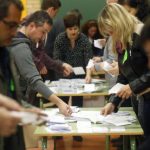 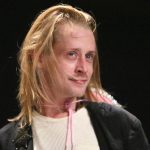 Macaulay Culkin Is Not Dead, Responds to Death Hoax With Parody of ’80s Movie

5 Of The Strangest Items That Are Stolen 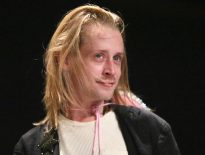 Entertainment Macaulay Culkin Is Not Dead, Responds to Death Hoa… 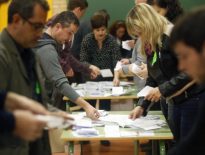