Shakira’s domination in America has dwindled since she became a hip-swiveling goddess of festive pop hits like Whenever, Wherever and Hips Don’t Lie.

Already a superstar in her native Colombia, the multitalented singer-songwriter-instrumentalist took the American pop scene by storm when she made her U.S. language debut in 2001 with personal, rich songs about romance and more. But her recent albums haven’t matched the spark, edge and charisma from her work a decade ago, and her new self-titled release, while enjoyable at times, doesn’t showcase this Grammy-winning, Golden Globe-nominated superstar in the right light.

Shakira, her tenth album, features the 37-year-old taking a back seat as lead songwriter and producer, and that doesn’t come off as a wise move. Dare (La La La), helmed by Dr. Luke, Max Martin and others, sounds like a Jennifer Lopez song, and that’s not a compliment (sorry, Jenny). While Shakira’s stint as a judge on The Voice has been pleasurable to watch, her duet with fellow mentor Blake Shelton on the country-feeling Medicine is a bore, though it was co-written by Academy Award nominee and hit country songwriter Hillary Lindsey.

Even the duet with Rihanna, the up-tempo lead single Can’t Remember to Forget You, comes off as a cry for a pop hit. The song lacks energy though two superstars are part of it, and the collaboration feels forced (Rihanna and Shakira are both signed to Roc Nation management).

The album’s lyrics also lack emotion and depth. It’s a far stretch from Shakira’s earlier songs, such as her Latin pop breakthrough Estoy Aqui (I’m Here) or the part-gritty, part- bouncy La Tortura. The new album follows in the footsteps of her last two albums, 2009’s She Wolf and 2010’s Sale el Sol, which have bright spots, but still didn’t carry the oomph and appeal of her earlier work.

Shakira does move the needle a bit on the reggae-laced Cut Me Deep, which features the band Magic! Nasir Atweh, the band’s lead singer, is part of the songwriting duo The Messengers, who have penned hits for Justin Bieber, Chris Brown and Pitbull.

Spotlight, co-written by Lindsey and produced by Greg Kurstin, sounds arena-ready, which is excellent for an entertaining performer like Shakira. And the album’s most honest moment is 23, a sweet ode to her 1-year-old son’s father, soccer player Gerard Pique, who is 10 years younger than Shakira (he was 23 when they met). She co-wrote the simple guitar tune with Luis Fernando Ochoa, who collaborated with Shakira on her third album and major label debut, 1996’s Pies Descalzos. 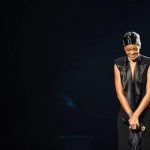 Music: Rihanna to be honored with CFDA Fashion Icon award

Game of Thrones’ Lena Headey has less than $5

Music: Review: Shakira’s new album should be much better 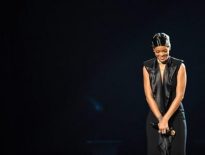 Celebrity Music: Rihanna to be honored with CFDA Fashion Ico…