(Reuters) – U.S. billionaire Sheldon Adelson opened his latest resort in Macau on Thursday, adding to a string of casinos in the world’s largest gambling destination that has helped the high-profile donor to the U.S. Republican party earn most of his multi-billion dollar fortune. 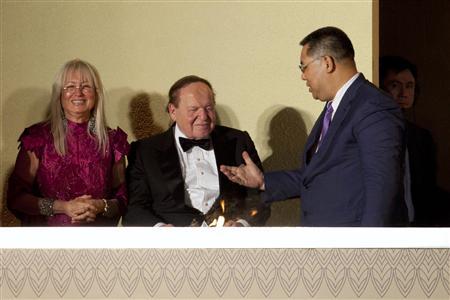 Macau Chief Executive Fernando Chui Sai-On chats with Las Vegas Sands Chairman and CEO Sheldon Adelson (C) and his wife Miriam Ochsorn (R) during the opening ceremony of Sheraton Macao hotel at Sands Cotai Central in Macau September 20, 2012. U.S. billionaire Adelson opened his latest resort in Macau on Thursday, adding to a string of casinos in the world’s largest gambling destination that has helped the high-profile donor to the U.S. Republican party earn most of his multi-billion dollar fortune. REUTERS/Tyrone Siu

Adelson, chairman of Las Vegas Sands Corp and its Macau unit, Sands China Ltd, presided over the opening of his Polynesian-themed casino and Sheraton Macau hotel, adding to his Sands Cotai Central property, which opened in April.

The new casino can only add new gambling tables starting in 2013 due to government regulations, so Adelson compensated by moving close to 200 tables from his existing Venetian and Sands Macau casinos.

The impact of Sands’ fifth casino in Macau, the only place where Chinese nationals can legally casino gamble, will be relatively muted due to the lack of new tables, analysts said.

While Macau’s gambling revenue growth slowed significantly in the second quarter from a year earlier, overall revenues have risen and casino companies are still pledging billions to expand their footprints.

Macau’s gambling revenue growth for the year is expected to reach between 10-15 percent, say analysts, most of whom have downgraded their estimates from around 20 percent, due to slower-than-expected growth particularly in the lucrative VIP sector made up of wealthy Chinese.

The latest opening comes as Adelson is the focus of a series of lawsuits and investigations in the United States and Macau.

Sands Cotai Central is adding another Sheraton hotel tower early next year and also plans a St Regis hotel tower. When completed, Sands will have more than 9,000 hotel rooms, which it says will help drive business.

The total cost of Sands Cotai Central is expected to be $5 billion upon completion, more than twice the cost of Galaxy Entertainment’s Galaxy Macau, which opened last year.

Adelson, worth an estimated $25 billion by Forbes, has one more land site left to develop in Macau and is expected to start construction on the site, known as parcel 3, in November. It will be designed as a replica of the Eiffel Tower and is expected to take between 24 and 44 months to build. The phase will cost Adelson $2.5 billion.

Michael Leven, chief operating officer for Las Vegas Sands, said $1 billion of the financing will come from the company’s equity base with the remainder coming from international banks.

The Macau government recently granted Sands an extension until 2015 to complete construction on parcel 3. 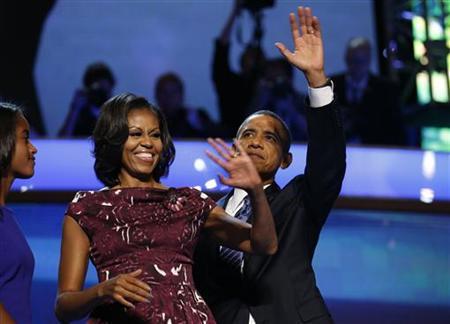 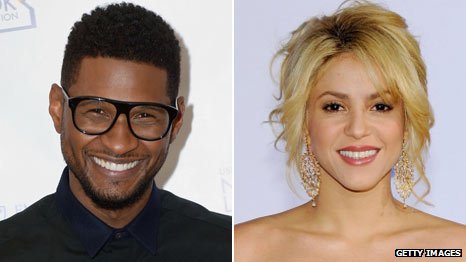