She’s taken the beauty world by storm as well as topping the music charts with her nail polish collaboration with OPI and MAC’s Viva Glam campaign, but now Nicki Minaj has just launched her brand new fragrance, Pink Friday, looking like a real life-size Barbie.

The wig-wearing rapper has been dreaming about her own scent for two years, and finally released it in New York yesterday at Macy’s Herald Square as she signed autographs for her ‘Barbz’ who had come out in their flocks to show support.

And as we all know that Nicki aspires to look like a Barbie with her baby pink lippy and flowing blonde wigs, the star looked like the life-size version of the plastic doll as she proudly launched her perfume in the NYC store.

Sporting a multi coloured bralet which highlighted her best assets along with a high-waisted pair of figure-hugging blue and white jodhpurs teamed with a hot pink blazer, Nicki looked like a dress up doll as she finished off the look with a pair of towering blue suede ankle boots.

And to further add to the eccentric outfit, Nicki donned a flamboyant PVC police hat in Barbie pink on top of her dead straight blonde wig as she wore her usual full face of make-up consisting of flawless skin, bubblegum pink lippie and fake lashes.

Renowned as a perfectionist, Nicki couldn’t be more happy with the final product, telling MTV: “I’ve been thinking about [a fragrance] for like, the last two years actually; I knew I was going to call it Pink Friday.”

“I didn’t know I would have a pink wig on the bottle until I met with the fragrance company and they asked me what I wanted my bottle to look like and I said — is there any way we can put a pink wig on it?”

She also showed appreciation to her fans, nicknamed ‘Barbz,’ commenting: “My fans have seen me come from absolutely nothing to get here, so it’s inspirational for them,” WWD reports.

”When I talk to them, they’re usually telling me, ‘We’re so proud of you, Nicki,’ as if they’re my parents or something. It’s weird the bond that we have. Today, we’re celebrating.”

Pink Friday is said to be a blend of sweet florals, vanilla and musk and is packaged in a Nicki style bottle of a woman in a pink wig and sexy corset. Will you be buying the Pound The Alarm singer’s scent anytime soon? 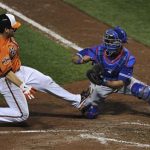 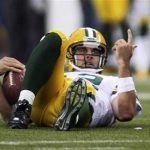 Maria von Trapp of ‘Sound of Music’ fame dead at 99

Faith no more: how the British are losing their religion

How To Build Up Your Work Experience Before Leaving School 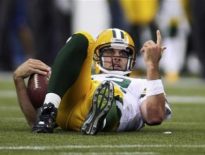 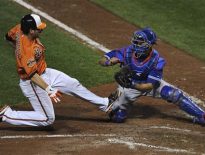