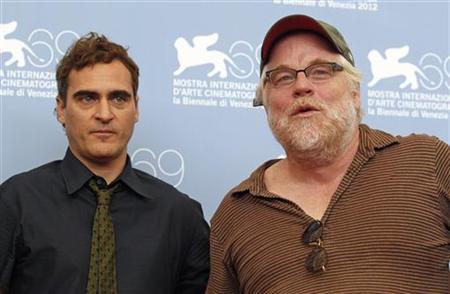 Michael Shannon as a serial hitman, Philip Seymour Hoffman as a cult leader modeled on Scientology founder L. Ron Hubbard and Joaquin Phoenix playing the tortured, volatile protege are already in the frame around six months before the Oscars.

The buzz surrounding their portrayals has helped lift spirits in Venice, celebrating its 80th anniversary this year, although incoming director Alberto Barbera may be concerned by the lack of A-list stars on the red carpet.

Celebrity wattage is almost as important to a film festival as the quality of the movies, as it attracts the world’s media and reminds the showbusiness world why notoriously expensive Venice still matters in a calendar crammed with rival events.

As the 11-day cinema showcase on the Lido waterfront reaches the midway point on Monday, the heaviest hitter on all levels has been “The Master”.

Director Paul Thomas Anderson’s first film since the acclaimed “There Will Be Blood” in 2007, it combines controversy – the movie centers around the early days of Scientology – and acting pedigree in the form of Hoffman and Phoenix.

The Hollywood Reporter’s Todd McCarthy called it “a bold, challenging, brilliantly acted drama that is a must for serious audiences.”

Not every critic liked it, but most agreed the two central actors were at the peak of their powers, with Hoffman as the domineering, exploitive Lancaster Dodd and Phoenix his hard-drinking, troubled acolyte.

Essentially a love story set against the background of Hubbard’s founding of the Church of Scientology in the 1950s, few would be surprised to see them nominated for awards.

The GoldDerby website, which previews showbusiness honors, has made The Master a favorite for a best picture Oscar, Anderson is frontrunner for best director and Hoffman and Phoenix are in the top five for best actor.

Both actors were in Venice, where Phoenix’s behavior was erratic and he was barely articulate at a press briefing. But another big title, Terrence Malick’s “To the Wonder”, launched without its reclusive director and most prominent stars.

The impressionistic, poetic portrayal of a couple in love told with virtually no dialogue was praised and panned in equal measure, but with Ben Affleck, Javier Bardem and Rachel McAdams all absent, its world premiere was low-key.

Related:  John Boyega And Nine Other Celebrities To Watch In 2015
Powered by Inline Related Posts

Turn the clock back 15 months, and Brad Pitt, Sean Penn and Jessica Chastain all graced the red carpet in Cannes for Malick’s 2011 movie, “The Tree of Life”.

Barbera has managed to attract rising stars like former Disney teen idol Zac Efron, who appeared in the farming saga “At Any Price”, and Selena Gomez who is expected in Venice to promote “Spring Breakers” on Wednesday.

But without top names, and movies that jolted audiences in the way war dramas “Redacted” and “The Hurt Locker” or sex addiction story “Shamed” did in recent years, Venice stumbled.

“So far there have been a few peaks, like The Master which is brilliantly acted, and outside of competition Spike Lee’s documentary on Michael Jackson,” said Maria Giulia Minetti, a journalist for Italian daily La Stampa.

“But overall it’s a subdued festival, there’s not much money around and maybe cinema right now lacks punch,” added the veteran of 32 Venice festivals.

Both The Master and To the Wonder are in the 18-film competition in Venice, but outside the main lineup several movies caught the eyes of the critics.

“The Iceman” is a re-telling of the true life story of American hitman Richard Kuklinski, who killed more than 100 people before his capture and imprisonment.

The towering actor Shannon won warm praise for a performance that evoked sympathy as much as revulsion, and Winona Ryder also impressed as his wife.

Lee’s “Bad 25”, a two-hour film about the making of Jackson’s seminal 1987 album, may have bordered on hagiography and focused purely on the music, but it reinforced the belief of many that the late “King of Pop” fully deserved his moniker.

There have been more than 20 female directors unveiling movies in Venice this year, an unusually high number, including Indian film maker Mira Nair with her out-of-competition 9/11 movie “The Reluctant Fundamentalist”.

Israel’s Rama Burshtein brought her own ultra-Orthodox Jewish community to the big screen in “Fill the Void”.

The “Arab Spring” uprisings found expression in films “Witness: Libya” and “Winter of Discontent”, from Egypt, while the economic crisis made its way into movies like To the Wonder and At Any Price. 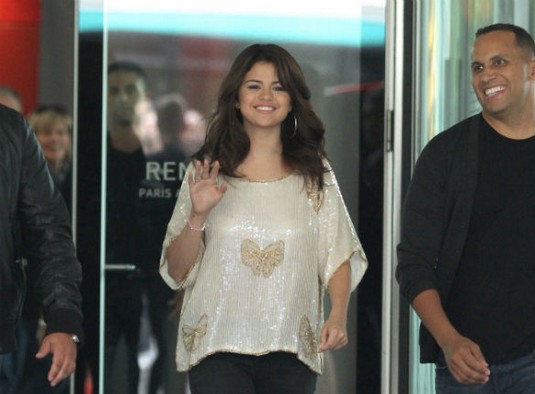 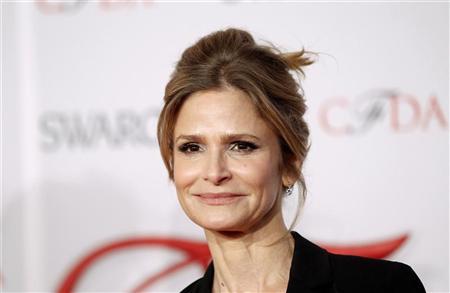