Aretha Franklin sings the sound of America like nobody else alive — a point of unceasing pride for Detroit, the place she was raised and remains near today. So the release of Aretha Franklin Sings the Great Diva Classics raises one question right off: Does the singular Queen of Soul really need to borrow from other divas?

The answer is she doesn’t need to do anything, but a dive into the realm of other divas is a solid move.

Taking on standards is a common, often lucrative, move for career artists of a certain age and older. But it can be risky, revealing unfavorable comparisons and weaknesses brought on by the march of time. Yet in her uniquely Aretha way, she emerges largely ready for the challenge and more often than not scores commercial and artistic points.

The next question many prospective listeners will ask is if the 72-year-old Franklin can still bring it. The answer is, for the most part, yes, and she makes a strong case on At Last. The demanding range of the song made famous by Etta James can lay bare deficiencies, and Franklin reveals none — nailing the opening line and even coming back at the end for some swoops to show she’s got chops to spare.

Aretha goes into the domain of a 21st-century soul diva and returns with a thumping disco version of Adele’s Rolling in the Deep. While it doesn’t eclipse the original, it offers some new perspective as well as an inspiring mash-up with Motown Records’ Ain’t No Mountain High Enough. The result shows the timelessness of both Aretha and Adele’s new classic.

Somewhat less deep is I’m Every Woman/Respect, which seems to be a battle to a draw with Chaka Khan’s original — at least until Respect pops up in the middle. It’s a groovalicious and welcome update of her own classic — so much so that many listeners might wish it didn’t disappear so quickly and return to the pleasant but by no means persuasive Woman.

You Keep Me Hangin’ On is another Motown throw-down — a disco take on the gem by Diana Ross and The Supremes. Franklin, who didn’t sing for the hometown label, comes confidently and in full voice as if to say, Diana, you may be Supreme, but I am the Queen. That said, it could have benefited from a different arrangement, built on soulful funk or jazz found elsewhere on the album.

To that end, one of the finest moments is the straight-up swing of Nothing Compares 2 U, written by Prince and popularized by Sinead O’Connor. Franklin expertly recalls the First Lady of Song, Ella Fitzgerald, with some spot-on scatting. It’s light and tight all at once — a fitting way to close out the collection.

Aretha’s latest clicks by spanning genres and generations. And even if it wasn’t her intention, it’s hard not to see the album as part compliment, part competition. Divas proves Franklin’s still got it, and it shows that we’ve still got her. 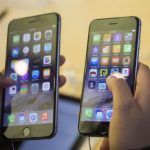 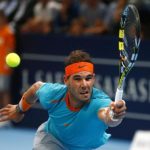 Education: US teachers nowhere as diverse as their students 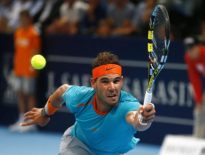 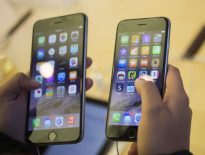