The network is planning on using the song this week.

Rihanna has been busy tending to her baby niece Majesty in Barbados over the last week which is why she has only just responded to the scandal surrounding CBS pulling her song from the latest episode of NFL’s Thursday Night Football due to her domestic abuse history, simply telling them in a Twitter rant: “F**k you.”

Last Thursday’s episode was due to feature Rihanna’s track ‘Run This Town’ at the beginning, but the network announced just hours before that they would be scrapping the segment to avoid being sensitive to the 2009 incident when she was attacked by Chris Brown, as the furore over Ray Rice attacking his wife in an elevator raged on.

Clearly furious over the move, RiRi responded in the best way she knew how – launching an expletive-filled tirade at the network earlier today, writing: “CBS you pulled my song last week, now you wanna slide it back in this Thursday? NO, F**k you! Y’all are sad for penalizing me for this.” She simply added in another tweet: “The audacity…”

UPDATE: As if that wasn’t enough, Rihanna’s Roc Nation label have waded in the scandal, claiming that they were actually the ones to block the song from use as the network hadn’t received clearance, saying in a statement released to Access Hollywood: Due to the misuse and misrepresentation of Rihanna’s name and participation in connection to CBS TNF, CBS was not allowed to license and utilise the song ‘Run This Town.’ Roc Nation made the decision to not grant the song’s usage.

CBS made the decision to axe the song due to mounting outrage over the footage which emerged last week of former Baltimore Ravens player Rice brutally punching his wife Janay in the face during a heated row in a lift at the now-closed Revel Hotel and Casino resort. 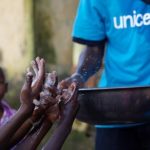 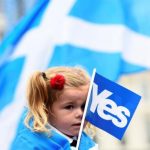 Scots’ support for independence lags on eve of referendum

The Most Dangerous Countries In The World To Be A Journalist

Obama nurtures his faith away from the spotlight 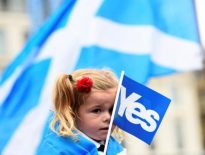 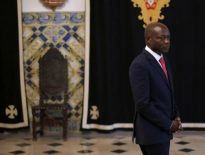