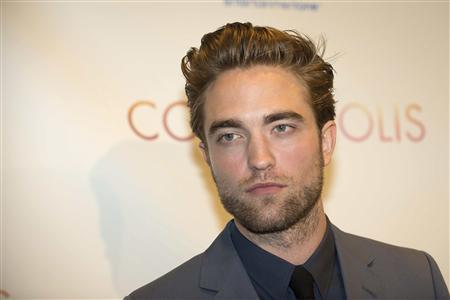 Cast member Robert Pattinson arrives for the premier of the film “Cosmopolis” in New York, in this August 13, 2012, file photo. REUTERS/Keith Bedford

For the “Twilight” star, who became one of Hollywood’s highest earning actors and biggest heart-throbs, his new role may be the greatest test yet of whether he can carry over his young vampire romance fans to the R-rated indie film.

Pattinson, 26, stepped out in New York this week to promote the film in his first public appearances since his “Twilight” co-star and girlfriend, Kristen Stewart, admitted cheating on him with a married British film director and issued an unusual public apology.

But the break-up with Stewart, 22, was getting just as much attention as “Cosmopolis,” if far fewer answers.

Asked how he was coping, the British actor told Reuters at a press event for the movie: “There is this whole thing about wanting to know more and more about celebrities. But really, all that everyone wants to do, is they want them to be celebrities again. However ridiculous that is to say, no one really wants to know.”

And in giggly television interviews this week with “The Daily Show” and “Good Morning America,” Pattinson repeatedly dodged the topic that made world headlines and shocked millions of “Twilight” fans.

“I’ve never been interested in trying to sell my personal life and that’s really the only reason people bring it up. The reason you go on to TV is to promote movies. That’s the only way to do it,” he told “Good Morning America” on Wednesday.

He went on to describe his life as “like being on the craziest theme park ride.”

That isn’t far off the surreal scenario of “Cosmopolis,” in which Pattinson plays the all-knowing Eric Packer. Packer shoots off enigmatic lines such as “life is too contemporary” straight from Don DeLillo’s book of the same name in a story that has been interpreted as a warning against the dominance of capitalism and technology in society.

Pattinson as Packer encounters figures from his life, including his art dealer (Juliette Binoche) and his similarly cold wife (Sarah Gordon), all the while knowing that his life is under threat from an unknown man (Paul Giamatti) as the city at times comes to a halt or crumbles around him.

The London-born actor, who Cronenberg said was in part chosen for his “star power” to help gain financing for the movie, says his performance, like previous ones, is influenced by events in his real life.

“Every film I did, thinking about it now, no matter what the character is, is just what you were at that time and how you interpret it,” Pattinson told Reuters.

“I think every one of the ‘Twilight’ movies is kind of different. It’s not the same character in every one. But obviously, like, once your life suddenly changes – in a lot of ways my life got a lot smaller – after I got famous. And so all the characters, every movie I did, has got bits and pieces of that.”

Pattinson hopes “Twilight” fans will crossover to see “Cosmopolis,” which was made on a small 15 million euro ($18 million) budget.

“I don’t think people realize that the ‘Twilight’ audience is actually older. There are not very many who are even under 18,” he said. “Hopefully, they will be the ones who like it.”

Early reviews have been mixed, with The Hollywood Reporter saying the film was “lacking a palpable subversive pulse” and “will initially attract some Robert Pattinson fans but will be met with audience indifference.”

The story, including scenes of anarchic protests against capitalism, has drawn some easy parallels with the 2008 financial crisis and Occupy Wall Street protests.

But Cronenberg told Reuters he decided to adapt DeLillo’s 2003 novel more due to the “resonance of the dialogue and the wit and the humor.”

Still, many people had connected to the anti-capitalist tone, including a French billionaire who invested in the film.

“He felt that he worked with many people who were in a bubble, an unreality bubble, like Eric Packer, and that they had created this virtual world for themselves, which was very strange,” he said. “Very alive and familiar to them, but really quite strange and quite disconnected from human life, basically, and that it has ultimately destructive potential. As it does for Eric.”

Kim Kardashian Rolls Up Shirt to Show Bare Baby Bump in New Picture
Chinese author Mo Yan wins Nobel Prize for Literature
Entertainment news: Angelina Jolie takes the vile out of villain in 'Maleficent'
Using his own blood, New York artist paints "Resurrection" exhibit
'Snow White and the Huntsman' sequel in the works
A Minute With: Penelope Cruz on not playing it safe on set
Reese Witherspoon and family go to court in Tennessee
Wear The Correct Clothing When In Certain Places 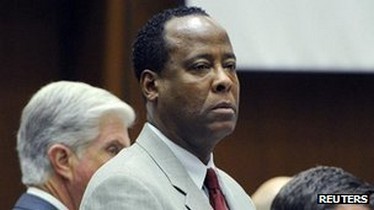 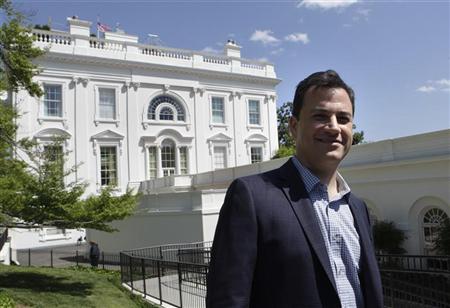