(Reuters) – The Rolling Stones turned back the clock in style on Sunday with their first concert in five years, strutting and swaggering their way through hit after familiar hit to celebrate 50 years in business. 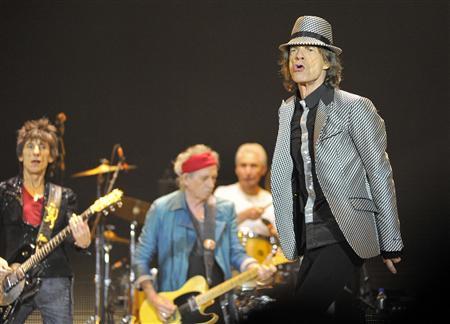 Mick Jagger performs with the Rolling Stones at the O2 Arena in London November 25, 2012. The Stones took to the stage on Sunday after a five-year hiatus to celebrate the golden jubilee of one of the most successful and enduring bands in rock and roll history. Now in their mid-60s to early 70s, lead singer Jagger, guitarists Keith Richards and Ronnie Wood and drummer Charlie Watts were joined by former members Bill Wyman and Mick Taylor for concerts in London and the United States. REUTERS/Toby Melville

Before a packed crowd of 20,000 at London’s O2 Arena, they banished doubts that age may have slowed down one of the world’s greatest rock and roll bands, as lead singer Mick Jagger launched into “I Wanna Be Your Man”.

More than two hours of high-octane, blues-infused rock later, and they were still going strong with an impressive encore comprising “You Can’t Always Get What You Want” and “Jumpin’ Jack Flash”.

In between there were guest appearances from American R&B singer-songwriter Mary J. Blige, who delivered a rousing duet with Jagger on “Gimme Shelter” and guitarist Jeff Beck who provided the power chords for “I’m Going Down”.

Former Rolling Stones Bill Wyman and Mick Taylor were also back in the fold, performing with the regular quartet of Jagger, Ronnie Wood and Keith Richards on guitar and Charlie Watts on drums for the first time in 20 years.

“It took us 50 years to get from Dartford to Greenwich!” said Jagger, referring to their roots just a few miles from the venue in southeast London. “But you know, we made it. What’s even more amazing is that you’re still coming to see us…we can’t thank you enough.”

The Sunday night gig was the first of two at the O2 Arena before the band crosses the Atlantic to play three dates in the United States.

The mini-tour is the culmination of a busy few months of events, rehearsals and recordings to mark 50 years since the rockers first took to the stage at the Marquee Club on London’s Oxford Street in July, 1962.

There has been a photo album, two new songs, a music video, a documentary film, a blitz of media appearances and a handful of warm-up gigs in Paris.

The reunion nearly did not happen. One factor behind the long break since their record-breaking “A Bigger Bang” tour in 2007 has been Wood’s struggle with alcohol addiction, while Jagger and Richards also fell out over comments the guitarist made about the singer in a 2010 autobiography.

But they eventually buried the hatchet, and Richards joked in a recent interview: “We can’t get divorced – we’re doing it for the kids!”

Critics were fulsome in their praise of the first comeback gig.

“Keith Richards has said that the beauty of rock and roll is that every night a different band might be the world’s greatest. Well, last night at the O2 Arena, it was the turn of the Rolling Stones themselves to lay claim to the title they invented,” wrote Neil McCormick of the Daily Telegraph.

“And they did it with some style and panache.”

The big question on every fan’s lips is whether the five concerts lead to a world tour and even new material. The Stones sang their two new tracks “Doom and Gloom” and “One More Shot”, which appeared on their latest greatest hits album “GRRR!”.

Richards has hinted that the five concerts ending at the Newark Prudential Center in the United States on December 15 would not be the last.

“Once the juggernaut starts rolling, it ain’t gonna stop,” he told Rolling Stone magazine. “So without sort of saying definitely yes – yeah. We ain’t doing all this for four gigs!”

The band has come in for criticism from fans about the high price of tickets to the shows – they ranged from around 95 pounds ($150) to up to 950 pounds for a VIP seat.

The flamboyant veterans, whose average age is 68, have defended the costs, saying the shows were expensive to put on, although specialist music publication Billboard reported the band would earn $25 million from the four shows initially announced. A fifth was added later.

“Everybody all right there in the cheap seats,” Jagger asked pointedly as he looked high to his left at the arena. “They’re not really cheap though are they? That’s the trouble.”

Among the biggest cheers on the night were for classics including “Wild Horses”, “It’s Only Rock and Roll” and “Start Me Up”.

There was even time for the odd reference to their advancing years. 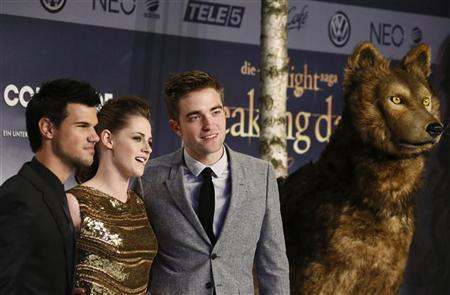 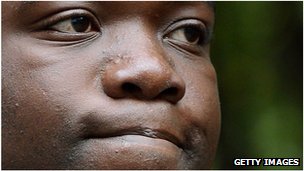