(Reuters) – The dwarves and hobbits of “The Hobbit: The Desolation of Smaug” proved too much for the much-publicized sequel “Anchorman 2: The Legend Continues,” as the hit fantasy film topped movie charts in the United States and Canada for a second straight week, earning $31.5 million over the weekend. 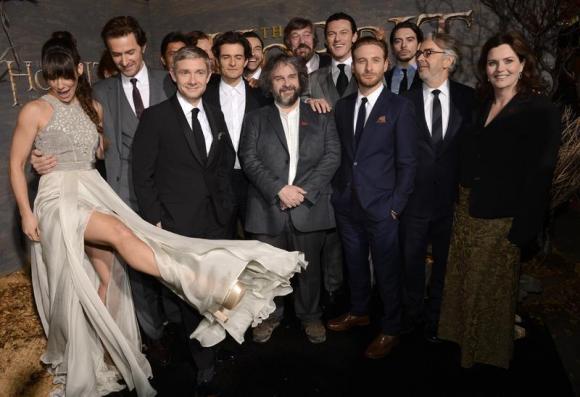 Cast and crew members pose for photographers at the premiere of the film “The Hobbit: The Desolation of Smaug” in Los Angeles December 2, 2013. REUTERS/Phil McCarten

Kicking off Hollywood’s year-end push of high-profile movie releases, the “Anchorman” crew led by Will Ferrell was unable to dethrone last week’s winner and took in $26.8 million for the No. 2 spot, according to sales estimates from Rentrak.

“Anchorman” opened on Wednesday following a months-long marketing onslaught and rang up a five-day total of $40 million through Sunday. Ferrell appeared in character seemingly everywhere as the self-important Ron Burgundy, pitching the Dodge Durango in TV ads, interviewing Denver Broncos quarterback Peyton Manning for ESPN The Magazine and co-anchoring a local newscast in Nebraska.

The campaign reintroduced Burgundy a decade after the original “Anchorman” in 2004. The first film took in a solid $90 million at worldwide box offices and gained popularity on DVD to become a cult classic.

Box office forecasters predicted “Anchorman 2” would bring in $35 million to $40 million from Friday through Sunday. The movie cost $50 million to make.

“Forty million over five days is a sensational start,” said Don Harris, president of domestic theatrical distribution for Paramount Pictures, the Viacom Inc unit that released the film, adding that was in line with studio expectations.

Bock said the strong global results would “possibly pave the way” for a third Anchorman film.

The performance of “Anchorman” and other holiday releases will decide if Hollywood reaches a ticket sales record this year. Through Sunday, total grosses for 2013 has risen 0.8 percent from a year earlier to nearly $10.37 billion, according to Rentrak. The record for total box office sales was $10.77 billion, set in 2012.

This weekend, the 3D “Hobbit” sequel brought its worldwide total to $404 million, distributor Warner Bros. said. The second installment follows hobbit Bilbo Baggins and a band of dwarves on a quest that leads to a clash with dragon Smaug.

“American Hustle” expanded nationwide after a limited opening and stellar reviews for its ensemble cast of Christian Bale, Bradley Cooper, Amy Adams and Jennifer Lawrence. The movie, produced by Sony Corp’s movie studio for $40 million, is loosely based on a real-life 1970s bribery scandal that led to the conviction of seven members of the U.S. Congress and several local and federal officials.

Walt Disney Co’s animated musical “Frozen” features the voice of Kristen Bell as a Scandinavian princess in a story inspired by “The Snow Queen” fairy tale.

The $35 million production tells the story of how Walt Disney brought children’s book “Mary Poppins” to the big screen, with Tom Hanks as Disney and Emma Thompson as author P.L. Travers, who resisted the movie idea for two decades.

Animated “Walking with Dinosaurs” managed only No. 8 with $7.3 million at domestic theaters. The $80 million movie distributed by 20th Century Fox tells the story of an underdog dinosaur who becomes a hero.

The No. 9 spot was grabbed by a surprisingly strong start from Indian film “Dhoom 3,” which opened in only 236 locations and took in $3.3 million to become the biggest U.S. opening of a Bollywood film. 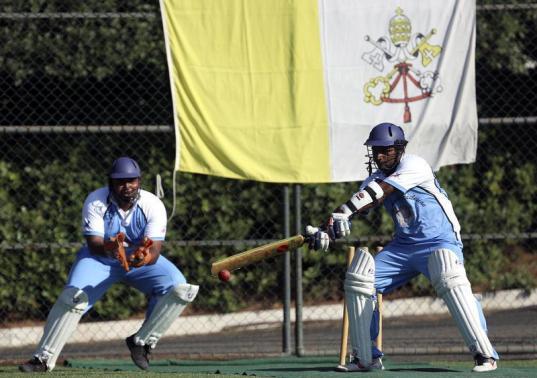 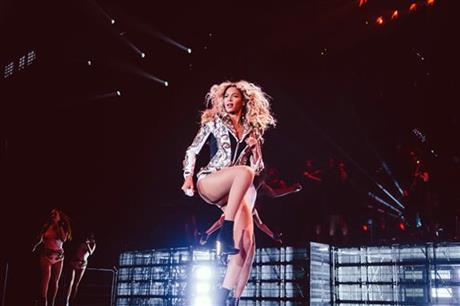