Usher’s 11-year-old stepson Kile Glover remains in critical condition days after he was injured in a jet ski accident in Georgia, while a family friend has been identified as the driver of the watercraft and is being investigated.

On July 6, Glover and a 15-year-old girl, whose name has not been released, were riding an inner tube being pulled by a pontoon boat on Lake Lanier. Jeffrey S. Hubbard, 38, a friend of Usher and ex-wife Tameka Foster, the boy’s mother, was operating a personal watercraft that “went over the top of them,” a Georgia Department of Natural Resources official told ABC News.

The official told ABC News that a department ranger witnessed the incident and jumped in the water to help Glover, who was hit in the head and was unresponsive at the scene, and the girl, who was found face down. The two were airlifted to an Atlanta hospital.

An incident report posted by E Online stated that one of them had a “serious head injury.” Hospital officials have declined to comment on recent reports that said Glover was declared brain dead, by request of the the family. The girl suffered a broken arm and head laceration, according to ABC affiliate WSB Television.

Officials say that alcohol was not a factor in the accident and it is still too early to tell if charges will be filed.

“We know God’s in control, and are leaning on our faith in Him and His word at this most difficult time,” Glover’s said in a statement to CNN on Tuesday. “We firmly believe in the power of prayer and ask that you all continue to pray and lift Kile up, as it’s the best way we can all support him now.”

The news outlet quoted a source close to the family as saying the boy’s loved ones have held vigil at the hospital since Friday and that Usher visited early on Saturday.

Teen pop star Justin Bieber, Usher’s protege, Tweeted on Monday: “My prayers go out to @tamekaraymond and their whole family. keep them in your thoughts.”

Usher and Raymond divorced in 2009. The two are involved in a a bitter custody dispute over the former couple’s two children, 4-year-old Usher Raymond V and 3-year-old Naviyd Ely. 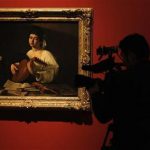 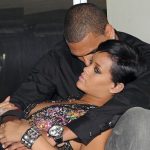 Rihanna Misses Chris Brown — She Loves Him So Much 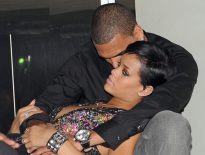 Celebrity Rihanna Misses Chris Brown — She Loves Him So Mu… 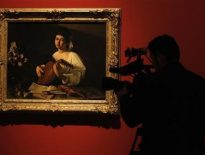