When in Paris: Kim Kardashian goes platinum for Fashion Week

PARIS (AP) — Kim Kardashian made a fashion statement of her own at Balmain’s show Thursday, showing off newly platinum locks. 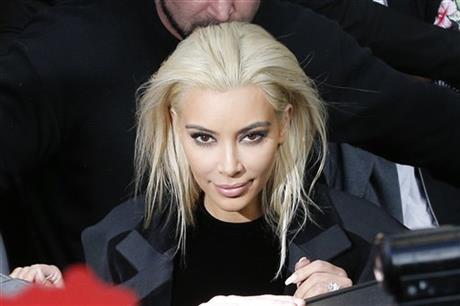 Not to be outdone, husband Kanye West arrived fashionably at Dries Van Noten’s show, holding up the start. Solange Knowles did the same at Carven’s show.

The new question: Is being fashionably late at Paris Fashion Week now an intentional thing, done to avoid dangerous media scrums in the digital age and allow top celebrities easy entry into shows?

Here are the highlights of Thursday’s ready-to-wear fall-winter 2015 shows in Paris, including reports for Balmain and Carven.

Kim Kardashian caused a kerfuffle at Balmain’s show by stepping out in a new slicked back bleached blond hair style that boldly contrasted with the reality star’s dark eye makeup.

Once inside, Olivier Rousteing’s collection for the age-old Parisian house was equally bold in its color contrasts.

It was a style that might be called: tribal meets ’80s.

The contrasting colors then went Modernist — in geometric square blocks — and morphed into multicolored, tight tribal bodices or a long lined Masai-inspired coat.

This Balmain woman, it seemed to say, is a force to be reckoned with.

There were plenty of looks that worked, like purple pleated ’80s pants twinned with a bright orange crossover jacket. Balmain is a strong choice for any woman, but is not for the feint-hearted.

Knowles’ eclectic personal style is already much admired in the French capital. In January, she was chosen as the new face of Elevenparis, for whom she’ll perform a DJ set Thursday night.

DJing should be fun. But I’m here in Paris to take inspiration in the styles that are so different from New York, she told The Associated Press, acknowledging she thought the Parisian style was more refined and natural that in her native U.S.

Paris is different to New York, definitely. There’s a more defined and refined look here. I love the makeup. It’s so much more natural, she added.

The ’60s were the flavor of the day in clean silhouettes with A-line high-waisted minis and tight cropped high-waisted pants, while metallic gold disc necklaces added a dash of geometry.

It mainly played it safe, and that was no bad thing.

Color-blocking ensured that on-trend touch, with one enviable look that twinned cobalt blue pants with a green-brown jacket and black collar fur trim.

But the latter half of the collection was where the designers made their statements.

In beautiful floral blues, a quilted coat, belt and mini-matching ankle boots conjured up the image of the Parisienne gamine and the great prints of the Japanese great master Hokusai.

France’s Culture Ministry has confirmed the death of cult French model Bettina Graziani, who died in Paris. She was 89.

The freckled, red-head Graziani had an illustrious career — a favorite with such houses as Givenchy, Chanel and Valentino.

At the height of her fame, in the early ’50s, she was dubbed by French magazine Paris Match the most photographed woman in France and was one of the highest paid models in the world.

The Culture Ministry says Graziani’s role in shaping French fashion was recognized in 2010 when she was named a Commander in Arts and Letters.

Thomas Adamson can be followed at http://Twitter.com/ThomasAdamsonAP

When in Paris: Kim Kardashian goes platinum for Fashion Week 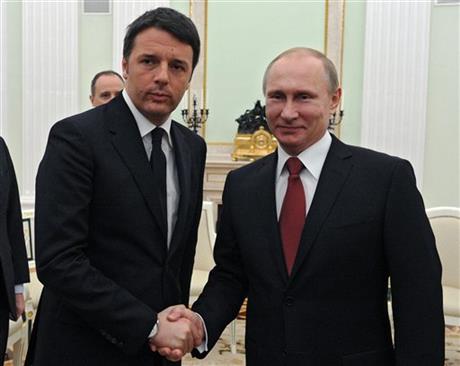 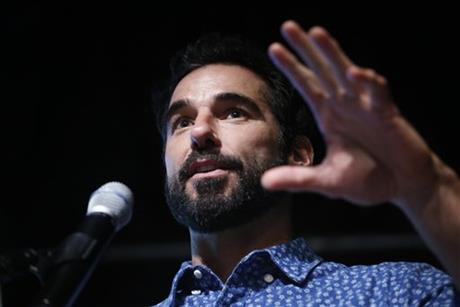