(CNN) — More than half of all adults in the United States take some sort of multivitamin; many do so in hopes of preventing heart disease and cancer or even to aid with memory.

But an editorial published in this week’s Annals of Internal Medicine says that using supplements and multivitamins to prevent chronic conditions is a waste of money.

“The (vitamin and supplement) industry is based on anecdote, people saying ‘I take this, and it makes me feel better,’ said Dr. Edgar Miller, professor of medicine and epidemiology at Johns Hopkins University School of Medicine and co-author of the editorial.

“It’s perpetuated. But when you put it to the test, there’s no evidence of benefit in the long term. It can’t prevent mortality, stroke or heart attack.

The editorial, “Enough is Enough: Stop Wasting Money on Vitamin and Mineral Supplements,” is based on three studies looking at the effects of multivitamins on preventing heart attacks and cancer, as well as improving cognitive function in men older than 65. All three studies were also published in this week’s Annals of Internal Medicine.

The first study was a meta-analysis of 27 studies that covered more than 450,000 participants and found that multivitamins had no beneficial effect on preventing cardiovascular disease or cancer.

In addition, taking vitamins didn’t prevent mortality in any way. However, the analysis did confirm that smokers who took only beta carotene supplements increased their risk of lung cancer.

The second study looked at 1,700 patients who previously had heart attacks. They were assigned to take three multivitamins or placebos twice a day for five years. However, with more than 50% of patients stopping their medications, it was difficult for authors to come to any real conclusions about the vitamins’ effectiveness.

With such a high drop-out rate, “interpretation is very difficult,” said Miller.

The final study followed nearly 6,000 men older than 65, who took either a multivitamin or a placebo for 12 years. The men were administered cognitive functioning tests, and test results found no differences between the two groups.

However, Gladys Block, a professor of nutrition and epidemiology at University of California Berkeley, pointed out that the group of men followed in the cognitive study were all physicians with no health problems.

“These are very well-nourished, very health-conscious people,” she said.

In fact, she says none of the studies accurately represents the American population.

You’re not getting any of these micronutrients from Coke and Twinkies, said Block.

Two-thirds of us are overweight, a quarter over 50 have two or more chronic conditions, so there’s a substantial population that one would hesitate to call healthy.

Block went on to say, “There’s always a nontrivial minority that’s actually getting a questionable level of some micronutrients. So multivitamins are a backstop against our poor diet.”

The Natural Products Association is the largest trade organization representing the manufacturers and retailers of the natural products industry, including vitamins.

The vitamin and supplement industry rakes in nearly $12 billion annually, according to the researchers, with multivitamins its most popular product.

“Multivitamins address the nutritional deficiencies in people,” Welch said. “We don’t believe they are the answer to all life’s ailments, as the editorial suggests.”

Miller, however, disagreed that the studies didn’t represent the general public.

“They didn’t select people who eat good diets or bad diets, he said. “You assume that these people selected are the typical American diet. Taking a supplement in place of a poor diet doesn’t work.

Some groups, however, do need supplements, he said.

For people with deficiencies, malabsorption issues, and to prevent neural tube defects in pregnancy — there are a small number of conditions where we prescribe them.

Miller also said the jury is still out on Vitamin D, which can help strengthen bones, and omega-3 fatty acids, including DHA and EPA.

Miller said the studies were unlikely to change any clinical standards, and that focusing on diet and exercise remain key to maintaining a healthy lifestyle.

It’s something with which Block can agree. Eat fruits and vegetables, she said. 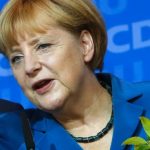 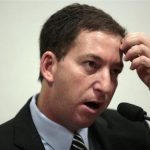 Are multivitamins a waste of money? Editorial in medical journal says yes 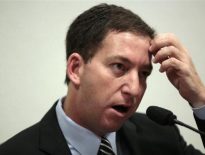 Celebrity Now, it’s Snowden: the book and, maybe, the … 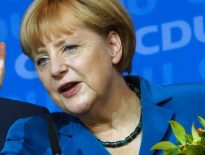