Nigerian authorities on Friday confirmed the first case of the new coronavirus in sub-Saharan Africa as the outbreak spread to a region with some of the world’s weakest health systems.

The health commissioner for Lagos, Africa’s largest city with more than 20 million people, said an Italian citizen who entered Nigeria on Tuesday from Milan on a business trip fell ill the next day. Commissioner Akin Abayomi said the man was clinically stable with no serious symptoms.

Abayomi said officials were working to identify all of the man’s contacts in Nigeria. The Italian had traveled on Turkish Airlines to Istanbul and then to Lagos, according to health authorities. Lagos state early this month advised people arriving from virus-affected areas to observe 14 days of self-quarantine.

I have seen him this morning, he is in high spirits, said Dr. Bowale Abimbola, medical director of the hospital where the 44-year-old Italian was brought with body aches and fever. He is doing well and we expect that he will continue to do well.

Nigerian health authorities urged Lagos residents to take measures such as keeping their distance from people who cough and washing their hands regularly.

Cases of the virus also were confirmed in Egypt and Algeria in north Africa in recent days. Until then, some global health experts had expressed surprise that no cases had been reported in Africa.

Concerns about the virus spreading to countries with weaker health systems led the World Health Organization to declare the outbreak a global health emergency last month. WHO officials in Africa have warned that health systems could be overwhelmed.

Nigeria is one of 13 African countries classified by the WHO as high priority in this outbreak because of direct links to China or a high number of visitors from there.

That Nigeria’s first case came from overseas and wasn’t person-to-person transmission inside Africa shows that the Nigerian government had the right systems in place to detect and confirm this case, Trudie Lang, director of The Global Health Network at the Nuffield Department of Medicine and the University of Oxford, said in a statement.

But detection of further cases in Africa will be challenging as more inexpensive testing kits are needed for on-the-spot diagnosis, Lang added.

The Africa Centers for Disease Control and Prevention has hurried to train its 54 member countries in testing for the virus. Just two countries had the capability at the beginning of this month. Now more than two dozen have it, including Nigeria.

Nigeria is well capacitated to respond to the outbreak, he said. Africa CDC had anticipated that COVID-19 outbreak would inevitably impact Africa and has been working actively with African Union Member States and partners on preparedness and response to the disease in the continent.

Most African airlines with direct flights to China quickly suspended them, and countries activated surveillance and quarantine measures. 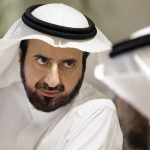 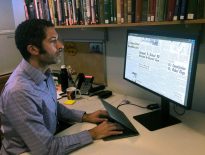 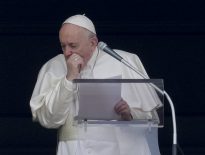