With Ebola having killed more than 2,000 people in Sierra Leone, and unsafe burials possibly being responsible for up to 70 percent of new infections, officials said they are resorting to increasingly desperate measures to clamp down on traditional burials in the country. 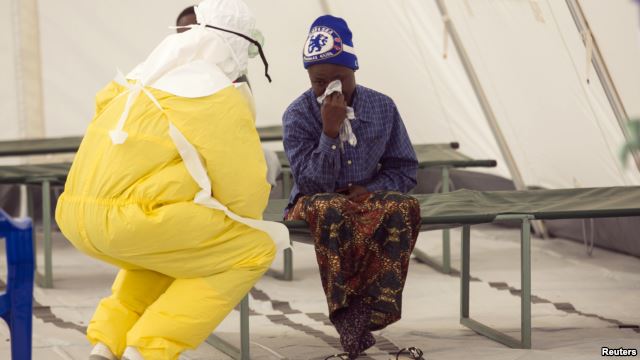 A health worker wearing protective gear attends to a newly admitted suspected Ebola patient in a quarantine zone at a Red Cross facility in the town of Koidu, Kono district in Eastern Sierra Leone, Dec. 19, 2014.

Officials have even threatened to jail people – once it’s clear they have not caught the disease – who prepare the corpses of their loved ones.

“Burials and funerals are deeply, deeply ingrained in Sierra Leone,” said Austin Demby, a Sierra Leonean-American epidemiologist. He is the director of a U.S. government AIDS program but has been helping with Ebola containment.

According to the latest World Health Organization figures, 7,373 people have died of Ebola in the three worst-affected countries, Liberia, Sierra Leone and Guinea.

Old ways are hard to break, though. Funerals are important social occasions in the three most-affected countries, Sierra Leone, Liberia and Guinea. People often travel great distances to attend and bodies are typically washed and dressed by relatives or friends.

Many believe a traditional burial is necessary to make sure the dead don’t return to haunt the living. And during the course of a funeral, many people touch the body.

Unfortunately, these practices are the perfect breeding ground for Ebola, according the International Federation of the Red Cross. The bodies of Ebola victims can be up to 10 times more infectious than those of people living with the disease, the aid group said.

As funeral-goers touch the body, the disease can be spread among the crowd and then carried back to mourners’ homes, where it can cause new disease clusters, said Rebecca Bunnell, a behavioral epidemiologist with the U.S. Centers for Disease Control.

Now officials and well-known Sierra Leoneans are speaking out in an attempt to encourage listeners to avoid dangerous burial practices, such as relatives touching or washing the dead bodies, that are fueling the spread of Ebola in the West African country.

It’s hard to put a number on how many dangerous burials are taking place because they are held in secret, but even the most conservative estimates suggest that burials are responsible for at least a quarter of all infections in the region, according to experts.

Dr. Desmond Williams, a Sierra Leonean-American doctor who works for the CDC, took to the airwaves last month with a chilling, and blunt, message: “If I die, I want the deaths to stop with me.”

Williams then said his wish would be for his family to give him a safe, dignified, medical burial. Similar pledges have been made by prominent Sierra Leoneans, including the communications director for the Health Ministry, pop stars and radio DJ’s.

Some families held their own burials because teams were slow to arrive or they carried off bodies without telling relatives where they would be buried, said the CDC’s Bunnell. But as more teams have been put in the field and relatives have increasingly been able to watch funerals, compliance appears to be increasing.

Over the course of the past year, an international community has developed rapid response – rushing medical aid to an area where new outbreaks occur – as the way to deal with this epidemic.

“Speed really matters. Our experience in communities in all three countries, is that if we can get rapid response teams very quickly, we can stop a cluster,” Dr. Thomas Frieden, director of the CDC, told reporters this week.

The CDC said a rapid response has been successful in one Sierra Leone district and now the same tactics are being used in Kono, which is dealing with an outbreak.

The World Health Organization reported an Ebola hotspot in Kono district that had killed 87 people and sickened 123 by early this month.

In Koidu, the capital of Kono district, people continue to die of what is thought to be Ebola while others seem unaware of the risks, according to a Reuters report.

A Reuters reporter saw a young man lying on a city street, vomiting. He died there before an ambulance could come.

An almost hysterical soldier ordered bystanders next to the highly contagious corpse, who were wearing open-toed rubber flip-flops, to stand back. “This is the reason we have Ebola. Your bad habits. Look at you, in slippers, in slippers!” he yelled.

While the deployment of medical workers and equipment to Kono has been the fastest so far in the country, officials said, medics arrived too late to nip it in the bud and are struggling to contain the Ebola outbreak.

Help needs to arrive when case numbers are still low.

“Right now we are seeing an intensive influx of resources and it’s a good example of a rapid response,” said Dan Kelly, one of two U.S. doctors in the district and founder of the nonprofit organization Wellbody Alliance. “But we need to be proactive, not reactive next time.”

Less than a month ago, however, conditions were far worse. A small team of local nurses left at the makeshift Ebola center were so afraid of patients they resorted to throwing packets of medicine inside, Kelly said.

By late November, Kelly and another doctor had witnessed a descent into chaos in Kono, about 450 kilometers (280 miles) east of the capital Freetown.

“By Thanksgiving things had exploded. The hospital was getting overrun by Ebola patients,” Kelly said. Ten staff at the center caught Ebola and five have died so far.

Shortly afterwards, help began to arrive in Kono, which lies in the diamond mining eastern province, and the Red Cross is building a 30-bed treatment center.

In comparison in Liberia, the Medecins Sans Frontieres group sent a team within two days after a case was confirmed in one isolated village. A 12 bed treatment center was built within eight days. “It’s about nipping it in the bud when it’s still small,” said an MSF spokeswoman in Liberia.

Fernando Fernandez, a member of the European Commission’s Ebola response team in Freetown, said this was not yet being matched in Sierra Leone.

“Kono is the fastest response so far in the country. But we have to be much faster than that. We should be aiming at what they are doing in Liberia,” Fernandez said.

Even now, the district has just two ambulances and officials complain one of them spends half the time in the garage. Two of the drivers have died from Ebola. Patients are sent to the town of Kenema on a three hour journey via a bumpy dirt road crossing the mountains.

A lack of resources meant aid workers could not evaluate the number of cases in Kono. Authorities are trying to manage over 400 people who came into contact with Ebola sufferers under quarantine that is supposed to last until Tuesday.

Paul Saquee, chairman of the Kono council of chiefs, had mixed feelings about the help sent to the area. “Was the response rapid enough? No. But is it too late? No,” he said.

Material for this report came from AP and Reuters. 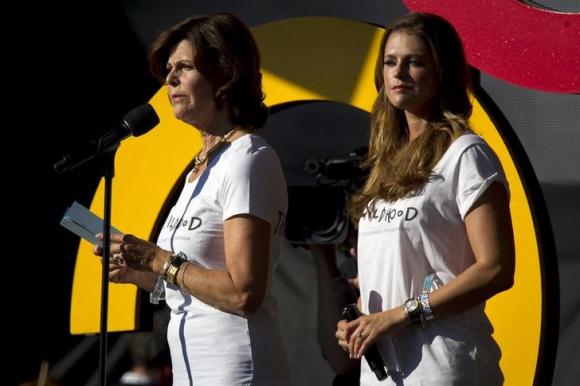 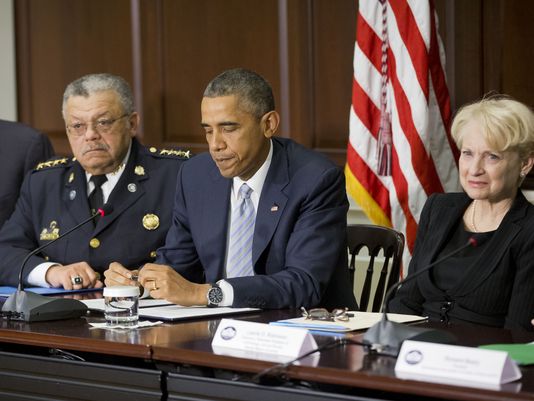