DALLAS/WASHINGTON (Reuters) – U.S. officials on Friday broadly defended the response to the country’s first case of Ebola, although one acknowledged that while the government was confident of containing the virus, it had been rocky in Dallas where the patient is in serious condition. 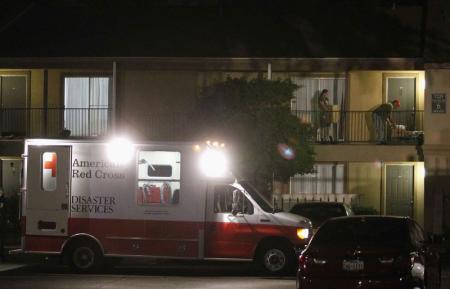 A Red Cross worker delivers bedding materials to an apartment unit at The Ivy Apartments, where a man diagnosed with the Ebola virus was staying in Dallas, Texas October 2, 2014. REUTERS/Mike Stone

Health officials in Dallas charged with checking the spread of Ebola have narrowed their focus to about 50 people who had direct or indirect contact with an infected Liberian visitor, including 10 at high risk who are being checked twice daily for symptoms.

In Washington, officials were asked at a news conference why the visitor, Thomas Eric Duncan, was able to get past screening in his journey from Liberia on Sept. 19 and then be sent home after telling a Dallas hospital a few days later about his travel to a country where there had been an Ebola outbreak.

“There were things that did not go the way they should have in Dallas, but there were a lot of things that went right and are going right, Dr. Anthony Fauci, a director at the National Institutes of Health, told reporters at the White House.

“So, although certainly it was rocky in terms of how people perceived the response, the reason I said there wouldn’t be an outbreak is because of what is going on right now, Fauci said.

Fauci said although it may be entirely conceivable that there would be another Ebola case in the United States, the strength of the healthcare infrastructure would make it extraordinarily unlikely that we would have an outbreak.”

The case has put authorities and the public on alert over concerns that the worst epidemic of Ebola on record could spread from West Africa, where it began in March. The World Health Organization on Friday updated its death toll to at least 3,439 out of 7,492 suspected, probable and confirmed cases. The epidemic has hit hardest in impoverished Liberia, Sierra Leone and Guinea.

At Friday’s news conference, White House adviser Lisa Monaco was asked whether she would recommend to President Barack Obama that he impose a travel ban on West Africa, as some public officials have called for.

As part of the U.S. effort to help contain the spread of Ebola, the Pentagon on Friday said the number of military personnel that could be deployed to West Africa could reach nearly 4,000, more than earlier estimates of about 3,000.

A cleanup crew was decontaminating the Dallas apartment where Duncan had been staying before he was admitted to the hospital five days ago. Four people close to Duncan who were quarantined in the apartment in a northeastern section of the city have been moved to an undisclosed location, said Sana Syed, the public information officer for the City of Dallas.

The handling of the Dallas case in the early stages of Duncan’s illness has raised questions about how prepared local and national health officials were to handle that case and whether people were unnecessarily exposed.

Out of 100 people who had direct or indirect contact with Duncan, health officials are monitoring 50 on a daily basis and closely watching 10 people at higher risk, said Dr. David Lakey, commissioner of the Texas Department of State Health Services.

The observations include fever checks at least twice daily. Ebola, which can cause fever, vomiting and diarrhea, spreads through contact with bodily fluids such as blood or saliva.

Sheets and other items used by the man in the apartment have been sealed in plastic bags, but questions have been raised about the delay in sanitizing it.

A crew from the Cleaning Guys, a hazardous materials cleanup company, garbed in yellow hazardous material suits and masks, went inside the apartment and packed the soiled sheets, Duncan’s luggage and other personal items into blue barrels, the county fire marshal said. The mattress was being cut into pieces to fit into the barrels. Another official said the cleaners would take the containers to a secure location.

Since Duncan’s diagnosis, people have visited hospitals in a few states and were checked for Ebola symptoms. On Friday, Howard University Hospital in Washington said it admitted and isolated a patient with possible symptoms who had recently traveled from Nigeria in an abundance of caution. The CDC says outbreaks in Nigeria and Senegal appear to have been contained.

In Congress, U.S. House Appropriations Committee Chairman Hal Rogers, a Republican, and ranking Democrat Nita Lowey set an Oct. 17 deadline for the Obama administration to provide details of its plan to deal with the outbreak, including how each agency is contributing and monthly costs.

The critical issue of how hospitals in the United States should handle and dispose of medical waste from Ebola patients is being addressed, the government said. The U.S. Department of Transportation said it expected to release new guidelines on Friday that would allow Texas hospitals to dispose safely of Ebola-infected medical wastes.

NBC News said on Thursday that one of its freelance cameramen, Ashoka Mukpo, 33, had contracted Ebola in Liberia, the fifth American to be diagnosed after being infected in West Africa. NBC has said the entire reporting crew would return to the United States under quarantine for 21 days, the maximum incubation period for Ebola.

The Nebraska Medical Center in Omaha said in a statement that an Ebola patient was scheduled to arrive for treatment on Monday morning. Mukpo’s father, Mitchell Levy, told Reuters his son was going to Nebraska for treatment. 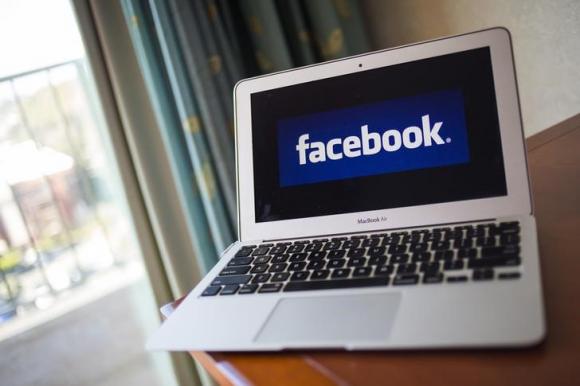 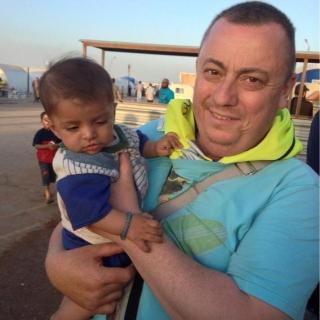