They said many of those kidnapped in the cross border attack against villages were children.

Four villagers who tried to fend off the attackers were killed, a security source has told the BBC.

Chad, which also borders Nigeria, has just sent soldiers to help Cameroon in the fight against the jihadists.

The BBC’s Randy Joe Sa’ah in Cameroon’s capital, Yaounde, says this is the first time Cameroonian villagers have been kidnapped by suspected militants.

Previous kidnappings in Cameroon blamed on Boko Haram have been more targeted – with high-profile people or foreigners reportedly taken for ransom, he says.

‘Burnt to ashes’
A security source told the BBC that it was the villages of Maki and Mada in the Tourou district near Mokolo city in Cameroon’s Far North region, about 6km (four miles) from the Nigerian border, that came under attack.

The suspected militants arrived in the early hours of Sunday morning when it was still dark and left in the direction of Nigeria with scores of hostages.

Cameroon’s Information Minister Issa Tchiroma Bakary confirmed the attacks saying between 30 and 50 people were taken in the raids – although he said an exact number was difficult to establish as investigations were ongoing.

They burnt to ashes almost 80 houses, he said.

A police officer told the AFP news agency put the figure of hostages at around 60, saying most were women and children.

Officials told Reuters that as many as 80 people had been kidnapped. Those abducted included about 30 adults and 50 children between the ages of 10 and 15, an army officer deployed to northern Cameroon told the agency.

Cameroon has criticised Nigeria for failing to do more to confront Boko Haram. 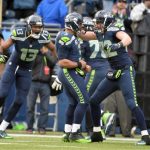 Insight: Children of Mao’s wrath vie for power in China 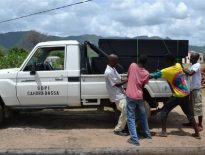