WASHINGTON (Reuters) – Information about a Chinese policeman who implicated

In the weeks since Wang Lijun’s visit to the U.S.

Consulate in Chengdu and his subsequent detention, some critics of the Obama administration have accused it of fumbling what

could have been one of the highest-level defectors ever from inside China’s clannish leadership class.

criticism is based on a story line that upon reaching the consulate in Chengdu on February 6, Wang requested political

However, some officials suggest that at some point, Wang at least may have hinted at a desire for asylum. And

some U.S. officials say consultations were held at a high level in Washington before Wang left the consulate and surrendered

to what he believed were friendly central government officials.

agencies were initially sceptical of Wang’s stories and that one of his most sensational claims, involving an alleged

murder, was not circulated in Washington to officials normally briefed on such information.

“We were not told about

the murder (allegations) until much later,” after stories describing Wang Lijun’s visit to the consulate surfaced in the

concluded that while intriguing, it was primarily a local sideshow involving individuals, including Wang himself, of

LESS THAN A ‘TREASURE TROVE’

Their bottom-line assessment was that

the revelations from Wang, who had served as police chief and deputy mayor of Chongqing, another major provincial metropolis

about 300 km (188 miles) from Chengdu, were less than the “treasure trove” media reports have described.

party’s control over the country.

to offering him U.S. government protection or secreting him out of the country.

principally against populist Chongqing party leader Bo Xilai and his wife, Gu Kailai, ruined Bo’s hopes of ascending to the

party’s highest ruling body, a subcommittee of the Politburo.

However, according to U.S. intelligence assessments,

“From the U.S. government’s point of view, what is the upside of getting involved in this?” said Brookings

U.S. officials said there were other reasons officers at the consulate ultimately arranged for, or persuaded,

Chongqing, whom he believed to have traveled to Chengdu and surrounded the U.S. Consulate, current and former U.S. officials

However, he also believed that representatives of the Beijing central government would protect him because

Beijing and Wang shared antagonists in Chongqing, the sources said.

They said that while U.S. agencies and diplomatic outposts maintain procedures for arranging asylum, and

even clandestine escapes for dissidents in mortal danger, the bar is set extremely high for such extreme

Wang’s case did not come close to meeting that standard, officials said, because he was not regarded by

U.S. officials as a target for, or a victim of, human rights abuses.

The U.S. officials said that when he arrived

unexpectedly at the consulate, Wang told tales of political and financial intrigue involving Bo Xilai and his wife,

His most sensational disclosure was his claim that Gu had been involved in the alleged murder of Neil Heywood, a

died in a Chongqing hotel room in November; his body was cremated three days later. Gu is in custody and Bo has not been seen

in public since March, when he was dismissed as boss of Chongqing. He was stripped of his Politburo seat last

still unclear how much detailed information he offered about the alleged murder.

secretary, confirmed in a statement to Parliament this week that Wang had divulged the alleged murder. The British government

was briefed early on by U.S. officials about Wang’s description of the alleged murder, U.S. and European officials

allegations of corruption involving Bo and his wife. But the U.S. government is guarding these details tightly, with access

to cable traffic about the matter blocked, even for top officials who would normally get to see such material.

Republican-led House Foreign Affairs Committee has requested briefings and access to official documents on the case, but

officials say the administration has provided Congress with only minimal information.

Some officials who have been

briefed on Wang’s disclosures said his material had been characterized as dense, arcane and confusing. One official said the

material did not fall high on the scale of priorities for U.S. intelligence agencies’ collection efforts on China, which

appear to relate to the stability of the Communist government.

was never treated with much enthusiasm by the Obama administration.

Michael Pillsbury, a former adviser on China to

Republican presidents, said the U.S. administration’s handling of the case would send a bad signal to human rights

“I fear President Obama has sent the wrong message, and this decision will have a chilling effect on those

who want to fight corruption, have important evidence, or have a well-founded fear of persecution,” he said.

Lieberthal said the Obama administration was correct to treat the whole affair with kid gloves – if not tongs.

is a Chinese on Chinese affair,” with some British involvement, Lieberthal said.

Lieberthal said officials of the

consulate allowed Wang to make calls to people he trusted, presumably in the central government, which resulted in him

leaving and “walk(ing) out escorted by someone he trusted.”

Lieberthal also said that as a police chief and city

official under Bo in Chongqing, Wang was known as “not a lovable character.”

(Editing By Warren Strobel and David 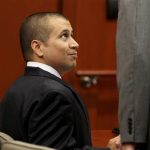 Killer of Trayvon Martin gets bail, apologises to family 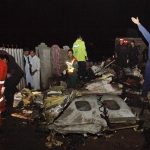 Pakistani plane crashes with 127 on board

‘It’s the most humiliating thing that’s ever happened’: Selena Gomez says she was mortified to be caught on camera kissing Justin Bieber

There Is One Direction For Harry Styles…The Tattoo Parlour! 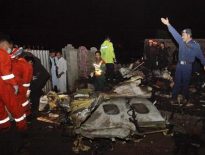 Asia Pakistani plane crashes with 127 on board 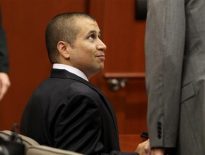