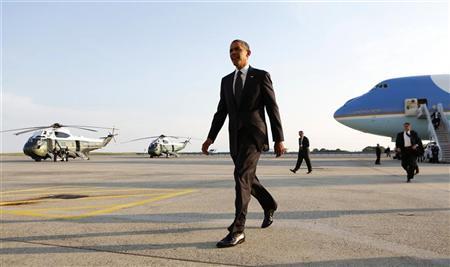 Would the specter of “Obama Unleashed” that Republicans have conjured up during the presidential campaign become the new reality on the world stage?

The international arena is where second-term presidents often focus more of their attention, especially when a divided Congress stymies their legislative ambitions – and there is ample reason to believe Obama might be headed in that direction.

But interviews with current and former aides and independent policy analysts suggest Obama will hew to a mostly cautious, pragmatic approach should he win another four years.

Even as Republicans prepare to sharpen their critique of Obama at their convention in Tampa next week, his foreign policy advisers are quietly sketching out priorities that could define his legacy in a hypothetical second term.

It begins with a familiar list of unfinished business, such as the war in Afghanistan, the nuclear standoff with Iran, the conflict in Syria and Obama’s pledge to reinforce U.S. influence in Asia as a counterweight to China.

But the deliberations, still at a tentative stage inside Obama’s National Security Council, are also gauging prospects for reviving initiatives that have eluded him and could be more politically dicey. These include immigration reform, climate change, Israeli-Palestinian peace and further nuclear arms cuts with Russia, aides say.

In some ways, Obama has only himself to blame for suspicions he would act differently abroad starting in January 2013.

In March, not realizing a microphone was switched on, he was overheard telling Russia’s then-President Dmitry Medvedev he would have “more flexibility” to deal with contentious arms-control issues after the November election.

The following month, at the White House Correspondents’ Dinner, the president tried to make light of the issue. He responded to “conspiracy-oriented” Republican foes who accuse him of crafting a secret agenda. “You’re exactly right,” he deadpanned. “In my first term, we ended the war in Iraq. In my second term, I will win the war on Christmas.”

But now, with the election looming, the debate over what another Obama administration might look like is no joking matter – even if foreign policy has taken a back seat in a campaign dominated by domestic matters.

Republican presidential candidate Mitt Romney’s camp is warning that Obama would steer foreign policy sharply to the left, with concessions to adversaries and pressure on U.S. ally Israel to agree to a Mideast peace deal.

“All of the administration’s liberal impulses would be unbound at that point,” said John Bolton, U.N. envoy under Obama’s Republican predecessor, George W. Bush.

There is little doubt that Obama, if re-elected, would have greater freedom to make more of a mark abroad as he looks to his legacy. Bill Clinton and Ronald Reagan did so in second terms -Reagan with dramatic disarmament initiatives, Clinton with a high-stakes Middle East peace push that ultimately failed.

Obama deputy national security adviser Ben Rhodes said re-election would be a mandate for the president’s approach. But he dismissed the notion it would be taken as a blank check to “move in some dramatically different direction.”

The first order of business would be winding down in Afghanistan after more than a decade of fighting there. But a new twist would be to forge an “architecture of counterterrorism cooperation” in places like Somalia to cast a wider net against al Qaeda and its affiliates.

Rhodes said another priority for Obama would be to press forward with a U.S. refocus on the economically dynamic Asia-Pacific region while at the same time setting “red lines” for China on trade practices and regional security.

Obama aides say a second term would mean heavier foreign travel. Asia would be high on the itinerary, but Obama might also devote more time to Africa, which some say he has neglected.

Romney, who has only sketched his own foreign policy plans in broad brush strokes, has accused Obama of already making too many concessions to Moscow in his “reset” of post-Cold War ties, and of not taking a hard enough line with Beijing.

The presumptive Republican nominee also has predicted that Tehran would develop nuclear weapons if Obama won a second term. Obama has vowed to keep that from happening. Rhodes acknowledged that Iran would remain a major second-term challenge.

The Romney campaign has latched onto Obama’s early overtures to Iran and North Korea and his outreach to the Muslim world to accuse him of weakening America’s place in the world.

“Under President Obama, America is going to be more compromised,” said Richard Williamson, a senior Romney adviser who served under Reagan and both Bush administrations.

It is impossible to predict, of course, precisely what Obama would do foreign policy-wise in a second term, or even what opportunities and challenges would present themselves.

But experts question how much latitude Obama would have for bold new measures and to what extent his own Democrats – who would still have to worry about re-election – might hold him back. Budget pressures could also limit his options.

Obama came into office in 2009 with more room to maneuver, promising a new era of U.S. multilateralism in a sharp break with the perceived go-it-alone approach of the Bush era. His lofty, change-the-world oratory helped him win a Nobel Peace Prize even before he had any tangible accomplishments.

Since then, Obama’s results on the world stage have been mixed. He has shown himself to be more practical – and even hawkish – than many of his friends or foes had expected, embracing covert warfare by employing drone strikes to attack al Qaeda militants and cyberwarfare against Iran.

Obama initially offered an olive branch to Iran’s leaders, but that approach morphed into an intensifying U.S.-led pressure campaign.

At the heart of the Romney camp’s “Obama Unleashed” plot line is the accusation that the president, in a second term, would squeeze Israel for concessions to the Palestinians for a landmark peace deal that eluded his predecessors at the end of their tenures.

Rhodes said the administration hoped to make a renewed push for peace, but said Obama would get personally involved only if the sides were ready for serious negotiations.

Obama was criticized by Israel’s U.S. supporters early on for being too tough on Prime Minister Benjamin Netanyahu, with whom he has a strained relationship. He has yet to visit Israel as president but aides say he wants to go in a second term, though the timing would hinge on prospects for diplomatic gains.

Obama would probably be willing to take some foreign policy risks in a second term if it meant securing his place in history, experts said. But he would be reluctant to invest much capital in big initiatives that were doomed to flop – like tackling resistance to his promise to close Guantanamo Bay prison or ending the five-decade-old U.S. embargo on Cuba.

“A president still has to choose wisely because he doesn’t get credit for trying and failing miserably,” said Christopher Preble, a foreign policy specialist at the Cato Institute think tank in Washington. “A quixotic crusade produces nothing but bad news for your legacy.” 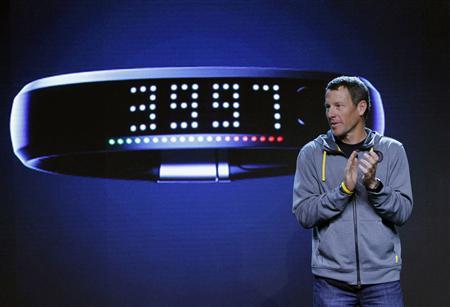 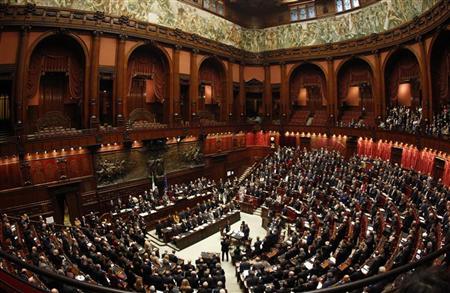