Al-Qaida’s No. 2 figure killed in US strike in Yemen

CAIRO (AP) — A U.S. airstrike has killed Al-Qaida‘s No. 2 leader, who commanded its powerful Yemeni affiliate, dealing the global network its biggest blow since the killing of Osama bin Laden and eliminating a charismatic leader at a time when it is vying with the Islamic State group for the mantle of global jihad. 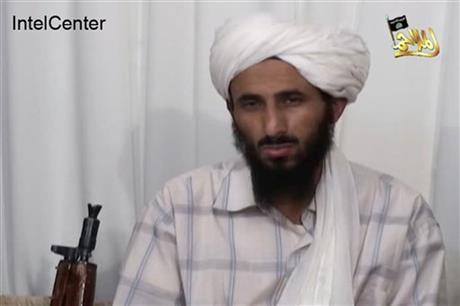 FILE – This image from video released Jan. 23, 2009, by al-Malahim Media Foundation and provided by IntelCenter on Dec. 30, 2009, shows the leader of Al-Qaida in the Arabian Peninsula, identified by the IntelCenter as Nasir al-Wahishi, in Yemen. Al-Qaida on Tuesday, June 16, 2015 confirmed that al-Wahishi, its No. 2 figure and leader of its powerful Yemeni affiliate, was killed in a U.S. strike, making it the harshest blow to the global militant network since the killing of Osama bin Laden. (IntelCenter via AP, File)

Nasir al-Wahishi is the latest in a series of senior figures from al-Qaida’s Yemen branch eliminated by U.S. drone strikes the past five months, including its top ideologue and a senior military commander. The U.S. has intensified its campaign, trying to push back the group as it has captured new territory in Yemen by taking advantage of the southern Arabian nation’s chronic chaos.

The US activity against al-Qaida is also not limited in Yemen. Over the weekend, a U.S. airstrike in Yemen targeted an al-Qaida-linked militant commander, Mokhtar Belmokhtar, who led a 2013 attack on an Algerian gas complex that killed 35 hostages including several Americans. US officials are still trying to confirm whether he was killed in the raid.

Al-Wahishi was a former aide to bin Laden who, after the al-Qaida affiliate in Saudi Arabia was crushed in the mid-2000s, rebuilt it in his homeland Yemen and turned it into the terror network’s most dangerous branch. He also served as deputy to Ayman al-Zawahri, who succeeded bin Laden in 2011 as the network’s leader. The U.S. put a bounty of up to $10 million on al-Wahishi.

The Yemeni branch, known as al-Qaida in the Arabian Peninsula, claimed responsibility for January’s attack on the French satirical magazine Charlie Hebdo that killed 12 people. It also attempted several direct attacks on the United States including the botched 2009 plot to bomb an American passenger jet.

A senior operative in the affiliate announced al-Wahishi’s death and said his deputy, Qassim al-Raimi, has been tapped to replace him.

Our Muslim nation, one of your heroes and masters has departed to God, Khaled Batrafi said in a video statement dated June 14 but released by the group online Tuesday. In a eulogy, he said al-Wahishi took part with (al-Qaida’s) first generation in hurting America in different places of the world starting from the 1990’s.

Batarfi vowed that the group’s war on the United States would continue, saying the blood of these pioneers makes us more determined to sacrifice. He said the U.S. would taste the bitter flavor of war and defeat until you stop supporting the Jews, the occupiers of Palestine, until you leave the lands of the Muslims and stop supporting apostate tyrants.

Al-Wahishi’s death came in a U.S. drone strike a week ago in the southern Yemeni port city of Mukalla, which al-Qaida captured in April. Yemeni security officials said two other militants were killed in the strike. They spoke on condition of anonymity because they were not authorized to talk to the press. U.S. officials had said they were trying to verify whether al-Wahishi was killed.

Al-Raimi, the new leader of AQAP, is thought to have masterminded a 2010 plot in which bombs concealed in printers were shipped to the U.S. on cargo planes before being detected and defused. He is believed to direct training camps in Yemen’s remote deserts and mountains, where he organizes cells and plans attacks.

AQAP’s master bomb-maker, Ibrahim Hassan al-Asiri, is also believed to still be alive. He is thought to have designed the bombs used in the cargo planes plot and in the 2009 plane-bombing plot, in which the bomber hid explosives in his underwear but botched the detonation.

Al-Asiri also designed the explosives used by his own younger brother, who blew himself up in a failed 2009 attempt to assassinate Prince Mohammed bin Nayef, then head of Saudi Arabia’s counterterrorism agency. Mohammed is now the crown prince. Al-Shihri is a Saudi national.

Al-Wahishi’s death is a major loss for al-Qaida as it struggles to compete with the Islamic State, a breakaway group that has seized vast swaths of Syria and Iraq and spawned its own affiliates elsewhere in the region. The Islamic State group has also gained loyalists in Yemen in competition with al-Qaida.

Both groups are dedicated to bringing about Islamic rule by force, but al-Qaida does not recognize the IS group’s self-styled caliphate and has maintained that the priority should be to wage jihad against America in order to drive it out of the Middle East.

Al-Qaida has been able to make major gains in Yemen the past months as the country is torn by war between Shiite rebels known as Houthis who have taken over much of the country and their opponents, a mix of local militias, southern separatists, Sunni tribesmen and backers of the president, Abed Rabbo Hadi Mansour, who was driven abroad by the fighting. Al-Qaida’s militants have allied with some of the anti-Houthi forces in fighting the rebels. Batarfi said his group is fighting rebels and allied forces in 11 fronts.

The capture of Mukalla was the group’s biggest victory. It freed a number of prisoners, including Batrafi. It then struck a power-sharing deal with local tribesmen.

But Mukalla has proved something of a death trap. Besides al-Wahishi, U.S. drone strikes in and around the city have killed the group’s top military commander Nasr al-Ansi, its most senior religious ideologue Ibrahim al-Rubaish, and key operatives Mamoun Hatem and Khalwan al-Sanaani.

In recent years, U.S. strikes have also killed Anwar al-Awlaki, an American-Yemeni militant preacher who was a major recruiter for the group, and Saeed al-Shihri, an ex-Guantanamo detainee from Saudi Arabia who was al-Wahishi’s deputy at the time.

The intensity of US drone strikes comes despite the withdrawal earlier this year of U.S. counterterrorism personnel from the al-Annad air base in southern Yemen in addition to the closure of US embassy in the capital because of the country’s fighting. The Special Forces commandos at the base had played a key role in drone strikes and there had been major concerns that the withdrawal would undermine the fight against al-Qaida.

Al-Wahishi was known as bin Laden’s black box, keeping the al-Qaida leader’s secrets. It was not clear how much involvement al-Wahishi had in the 9/11 attacks in the United States.

During the U.S.-led invasion of Afghanistan in 2001, al-Wahishi fought alongside bin Laden at Tora Bora before the al-Qaida leader slipped across the border into Pakistan. Al-Wahishi fled to Iran, where he was detained and deported to Yemen in 2003.

He was among 23 al-Qaida militants who broke out of a detention facility in Yemen’s capital, Sanaa, in February 2006. Three years later, al-Wahishi announced the creation of AQAP, which gathered together Yemeni and Saudi militants following a sweeping crackdown on the extremist group by Riyadh.

According to the U.S. government’s Wanted to Justice program, al-Wahishi, is responsible for approving targets, recruiting new members, allocating resources to training and attack planning, and tasking others to carry out attacks.

Al-Qaida’s No. 2 figure killed in US strike in Yemen 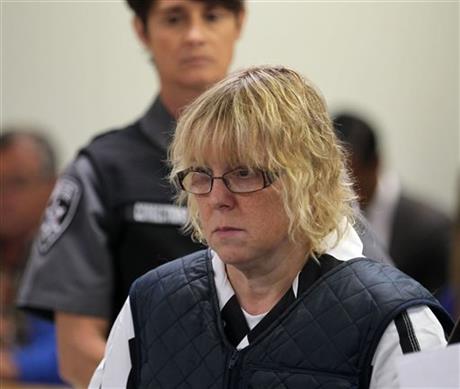 News Hunt for killers who escaped from NY prison enters… 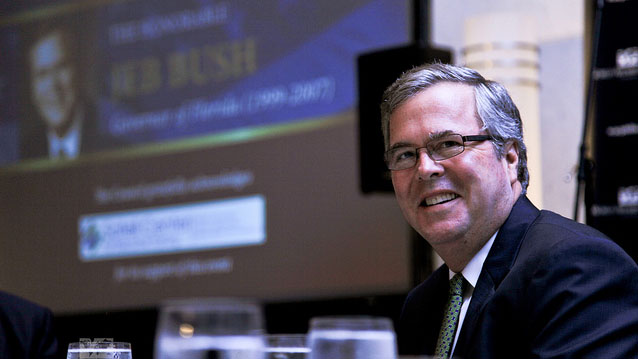