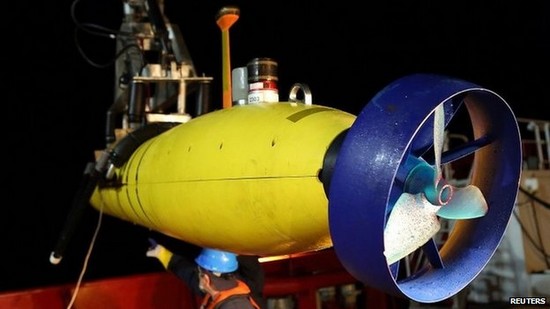 The underwater search for the missing Malaysia Airlines plane could expand from its focused area in the Indian Ocean, Australian officials say.

A submersible has completed 95% of its search in the area where possible signals from the plane’s flight recorder were heard on 8 April.

If nothing is found, the Bluefin-21 will move to an adjacent area, the agency co-ordinating the search said.

Meanwhile, Malaysia said a report on the plane could be released next week.

Flight MH370 went missing on 8 March as it flew from Kuala Lumpur to Beijing with 239 people – mostly Chinese nationals – on board.

Using satellite data, officials have concluded that MH370 ended its journey in waters north-west of the Australian city of Perth.

However the ongoing multi-national search for the missing plane has yet to yield anything concrete. The daily operation is already shaping up to be the most expensive in aviation history.

The robotic submarine Bluefin-21, operated by the US Navy off the Australian vessel Ocean Shield, is an autonomous underwater vehicle (AUV) that can identify objects by creating a sonar map of the sea floor.

The AUV has been mapping the area of the sea bed within a 10km radius of where acoustic signals believed to have come from the aircraft’s flight recorder were detected.

On Friday Australia’s Joint Agency Co-ordination Centre (JACC) said in a statement that the AUV had completed approximately 95% of the focused underwater search area.

If no contacts of interest are made, Bluefin-21 will continue to examine the areas adjacent to the 10km radius, JACC said.

We are currently consulting very closely with our international partners on the best way to continue the search into the future, JACC added.

Authorities still do not know why the plane went off course and finding the flight recorders is seen as key to understanding what happened.

Meanwhile, Malaysian Prime Minister Najib Razak told CNN on Thursday that there was a likelihood the report on the investigation into the missing plane could be released next week.

Malaysian officials said on Wednesday that the UN’s International Civil Aviation Organization already had a copy of the report.

In China, relatives of passengers on the missing flight held another protest outside the Malaysian Embassy in Beijing, after Malaysian officials failed to update them on the search. 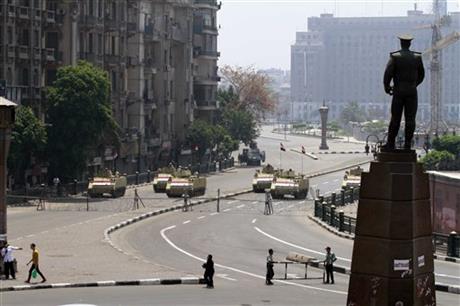 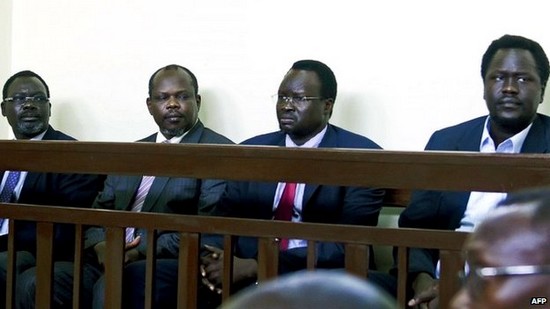