HALLE, Germany (AP) — Karamba Diaby makes his way through the historic heart of Halle with the speed of a seasoned politician: slowly. More than two decades of involvement in local politics means the 51-year-old immigrant can’t go more than a few steps without being stopped for a chat. 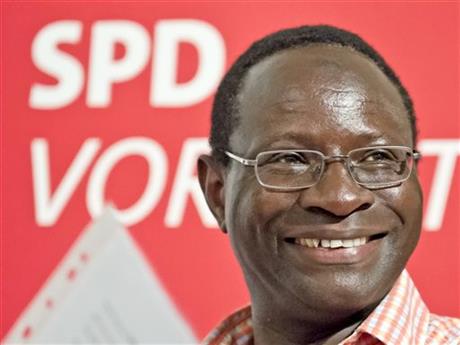 In this picture taken July 25, 2013, Karamba Diaby, a German Social Democratic Party candidate, smiles during an election campaign in Halle , central Germany, Thursday, July 25, 2013. He was born in Senegal and moved to the former GDR to study at the University of Leipzig. Diaby, now 51, is campaigning for a Bundestag seat to become the country’s first black member of Parliament. (AP Photo/Jens Meyer)

Two months before Germany’s general elections each handshake and greeting carries added significance because Diaby is intent on becoming the country’s first black member of Parliament. He listens patiently to his constituents and responds in fluent German with a strong Franco-African accent, courtesy of his Senegalese origins.

Nationwide just 81 — or about 4 percent — of the candidates running for the roughly 600-member parliament in the Sept. 22 election have an immigrant background. It is the highest number yet but still far behind countries such as France and Britain. Most of the immigrant candidates belong to the Greens or the Social Democrats, while Chancellor Angela Merkel’s conservative party has only six immigrants on its slate.

Diaby’s Social Democrats badly need candidates who will pull in enough votes to hold onto the three seats they won in the state of Saxony-Anhalt in 2009. Diaby has been placed third on the party list, making him one of the few immigrants with a strong chance of being elected.

“I didn’t throw my hat in the ring,” he said, a touch apologetically. “I was asked by others.”

The decision to place him near the top of the ticket is all the more remarkable because, like other states in the former East Germany, Saxony-Anhalt has a reputation for being more hostile toward immigrants — especially those from outside Europe — than western parts of the country.

While the trained chemist is reluctant to criticize his adopted home — he moved to Halle in 1986 and gained German citizenship in 2001 — Diaby nevertheless acknowledges that he was once physically attacked because of the color of his skin.

Still, the father of two puts this down to the fact that under communist rule East Germans had limited exposure to immigrants and that time will change old habits.

Another tradition he would like to see broken is that politicians from ethnic minorities are automatically pigeonholed as experts on immigration. “I want everyone to talk about immigration, not just immigrants,” he said.

Germany urgently needs immigrants to make up for the country’s falling birthrate, though few politicians are prepared to campaign on the issue. Diaby’s pet topic is education and how it can help people from all parts of society — immigrants, the unemployed, school dropouts — improve their lot.

To make his point, Diaby cites the story of Anton Wilhelm Amo, a former slave who became the first West African to study and teach at a European university about 300 years ago. By coincidence, it was the University of Halle.

As an example of the way black immigrants were treated in Germany, Amo’s story remained unique for more than two centuries — except for the racism he reportedly endured, and that prompted him to return to West Africa.

Related:  Mursi due in Germany on visit shortened by Egypt crisis
Powered by Inline Related Posts

That racism reached its horrendous peak with the Nazis’ 12-year reign, which ended in 1945 with millions killed in death camps. Among them were many of Germany’s small black community at the time, said Nkechi Madubuko, a Nigeria-born former athlete and TV presenter who has researched the history of Afro-Germans.

The biggest influx of African immigrants to Germany occurred in the post-war period, when newly liberated countries in Africa sent their best and brightest abroad to study. Diaby was one of them, receiving a scholarship to study in East Germany at a time when communist rule was slowly unraveling.

By 2005 there were about 200,000 people of African origin with full German citizenship, and about 303,000 more Africans with residency permits in Germany, said Madubuko.

While Afro-Germans have become more visible in recent years as athletes, actors and journalists, none has broken into national politics. This reflects the general lack of minority representation in German political life. Although nearly one in five people in this nation of 80 million are first-, second- or third- generation immigrants, only a handful has made it into the federal legislature — and most of them are ethnic Germans from eastern Europe.

Three have a parent who was born in India, another is of Iranian origin, while several more belong to Germany’s sizeable Turkish community. Vice Chancellor Philipp Roesler is an ethnic Vietnamese who was adopted by German parents before he was a year old.

Ekin Deligoez, a member of the left-leaning Green Party whose family came to Germany from Turkey when she was a child, said immigrants were long discouraged from becoming involved in German politics by the country’s restrictive citizenship rules and a general sense that they were not welcome.

“Every step of the way immigrants get the signal that they don’t belong here,” she told The Associated Press. “A foreign name will get you worse results in school, turned down for jobs, and rejected by landlords.”

The period after 1990, when the unification of East and West Germany sparked a burst of nationalist sentiment, was particularly difficult, she said. But hostility remains today. “I’m pretty sure that some of the farmers in my Bavarian constituency still have a problem with me,” she said.

Germany’s political parties are beginning to accept that they can be represented by immigrants, even in senior positions, because of changes in the law over a decade ago that made it easier for immigrants to adopt German citizenship. This made them interesting as potential voters, said Madubuko.

“It’s a whole new development for parties to actively court immigrants, rather than just use them for negative propaganda,” she said. “So it would definitely be important for Afro-Germans if Mr. Diaby is elected.”

Putting down his distinctive African-patterned briefcase to exchange Facebook contacts with two university students, Diaby said he hopes that his candidacy alone will encourage other immigrants to consider entering politics.

“The fact that I’d be first African-born lawmaker is not something I would want to dwell on,” he said. “But a lot of eyes are on me and I hope they realize I’ll be just one of over 600.” 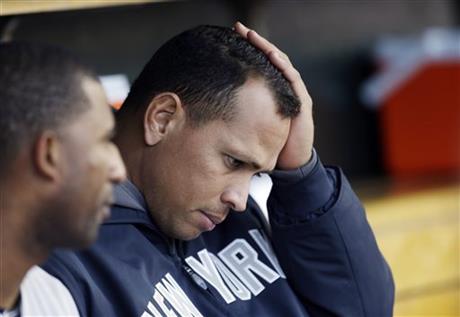 News MLB tells union which players it plans to suspend… 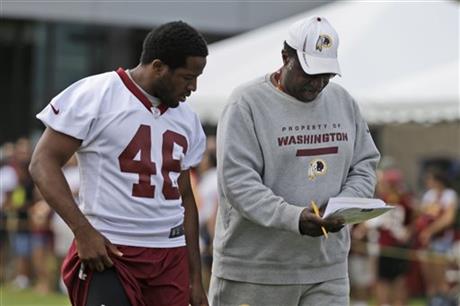