(Reuters) – Moderate Republican Chris Christie easily won re-election as New Jersey governor, while a conservative Republican popular with the Tea Party movement narrowly lost his bid for the Virginia governorship, in two races closely watched for signs of voters’ moods ahead of the 2016 presidential race. 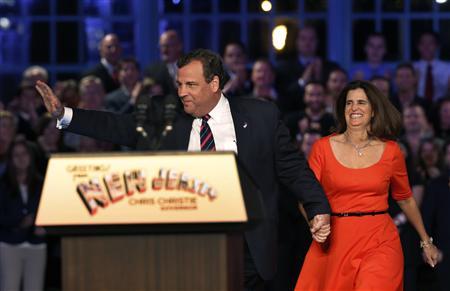 Christie’s broad, cross-party appeal sealed his status as a top contender if he decides to run for the White House in 2016, and the blunt governor addressed Americans’ frustration with partisan stalemate in his victory speech.

“A dispirited America, angry with their dysfunctional government in Washington, looks to New Jersey to say, ‘Is what I think is happening really happening? Are people really coming together?'” Christie told supporters. “Let me give the answer to everyone who is watching tonight. Under this government, our first job is to get the job done, and as long as I’m governor, that job will always, always be finished.”

Christie for Governor Chairman William Palatucci hinted at possible national aspirations for his candidate. “The Governor’s convincing win also sounds a note for our entire country – who you elect and how they govern matters,” he said.

In Virginian, former Democratic National Committee Chairman Terry McAuliffe was elected governor, largely with the support of the heavily populated Washington suburbs that were hard hit by the government shutdown.

McAuliffe’s campaign had held up rival Ken Cuccinelli, the state’s attorney general, as a symbol of the Tea Party wing of the Republican Party, seen by many voters as responsible for the shutdown, which economists said took a $24 billion bite out of the U.S. economy.

Cuccinelli’s loss could be seen as a setback for the Tea Party movement, which swept a wave of right-wing lawmakers into Congress in 2010 and has been seeking to extend its legislative influence in next year’s congressional elections.

But Cuccinelli, a social conservative, carried the state’s more rural southern and western districts, and his bid was undercut by a Libertarian candidate who won nearly 7 percent of the vote – much more than McAuliffe’s margin of victory, according to results with most votes counted.

Cuccinelli surged late in the campaign, seeking to tie McAuliffe to Obamacare, which has been plagued with technical difficulties since its October 1 launch.

The close race reflected the political split in Virginia, which Obama won in both his presidential races but which elected a Republican governor four years ago.

The White House said Obama called McAuliffe, de Blasio and Boston Mayor-elect Martin Walsh, also a Democrat, to congratulate them on their victories.

Top stars of the Democratic Party campaigned for McAuliffe in the final weeks, including Obama, former President Bill Clinton and his wife Hillary Clinton, a former secretary of state and likely 2016 White House contender. Conservative Republicans including Senator Ted Cruz of Texas and Louisiana Governor Bobby Jindal stumped for Cuccinelli.

Analysts warned that the results in Virginia and the Northeastern state of New Jersey were unlikely to be indicative of congressional and governors’ races next year in more conservative sections of the country.

“You have to be careful only in that these are state elections. It’s not surprising that in New Jersey, the preference of a Republican would be a moderate Republican,” said Julian Zelizer, a professor of history at Princeton University and the author of 2012’s “Governing America: The Revival of Political History.”

Nevertheless, in Alabama, a Republican congressional candidate backed by business interests defeated a Tea Party-supported candidate in a congressional primary that heightened tensions between the Republican Party’s pragmatic and ideological wings.

Christie topped Democratic state Senator Barbara Buono 60.5 percent to 38, with 99 percent of precincts reporting, according to NJ.com. That could leave Republicans wondering whether they would do better in 2016 to support the governor, a moderate able to win strong majorities in a Democratic-leaning state, than a more conservative candidate, such as Senator Rand Paul of Kentucky. Christie was winning about 60 percent of the state’s vote.

“In Christie, you have the emergence of a powerful political candidate who has consciously separated himself from the Tea Party wing,” Zelizer said.

In New Jersey, Christie is known for his readiness to work with Democrats, a nod to the state’s politically moderate population, where registered Democrats and independents both outnumber Republicans.

Most famously, Christie stood side by side with Obama as they toured the Jersey Shore in the wake of 2012’s destructive Superstorm Sandy. Some Republicans criticized the move, saying it boosted Obama’s chances against former Massachusetts Governor Mitt Romney in the 2012 presidential election.

Christie’s moderate politics could pose problems in a presidential race in such places as South Carolina, an early primary state that is home to a significant number of evangelical Christians and more conservative Republicans.

On Christie’s home turf of Asbury Park, New Jersey, supporters said they had no worries about the possibility of him leaving the governor’s mansion early if he won the White House.

“That didn’t change my opinion about voting for him a bit,” said Pepa Sanin, of Totowa, who had volunteered with the campaign.

NEW YORK BACK TO ITS ROOTS

De Blasio’s victory in the New York mayoral race gives America’s most populous city its most liberal mayor in a generation, and the first Democrat in two decades, following law-and-order Republican Rudolph Giuliani and billionaire Michael Bloomberg, who focused on issues including tackling smoking and obesity.

De Blasio is expected to take on some Bloomberg-era policies, notably the controversial “stop-and-frisk” policing program. The Bloomberg administration saw it as a powerful crime-fighting tool, but de Blasio and liberal activists contend it unfairly targets black and Hispanic men.

In other ballot initiatives, voters in Colorado approved a measure to tax recreational marijuana and apply the first $40 million in revenue generated by the tax to school funding, while a Seattle suburb passed a measure to raise the local minimum wage to $15 an hour, supporters said. 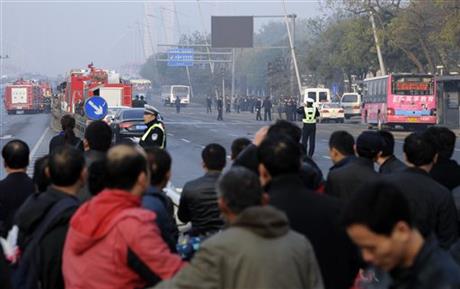 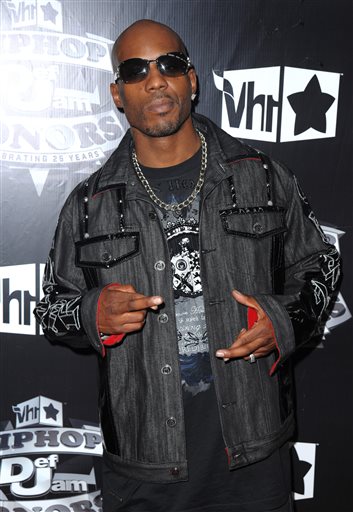