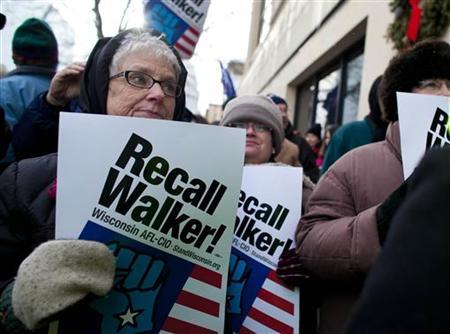 Supporters show up in support before a truck with the boxes containing about one million signed recall petitions forms at the General Accounting Board in Madison, Wisconsin January, 17, 2012. REUTERS/Darren Hauck

Wasserman Schultz said Wisconsin Democrats had been up against “nothing short of an avalanche of secret, out of state, and corporate special interest money” in their bid to unseat Governor Scott Walker, who enjoyed a 7-to-1 financial advantage over his challenger Milwaukee Mayor Tom Barrett.

The fractious debate propelled Wisconsin to the national political stage and Tuesday’s results could spell trouble for President Barack Obama’s Democratic Party, which depends on labor unions for votes, financial support and organization.

Walker raised $31 million compared to the $4.2 million Barrett garnered by May 21. About 70 percent of the money raised by Walker came from out-of-state donors.

“Make no mistake – we will not cede an inch to Mitt Romney over the next five months,” the Florida congresswoman told the gathering Friday night in Appleton. “If he thinks we’re going to let him bring the same failed policies of the past back to Wisconsin, he is sorely mistaken.” 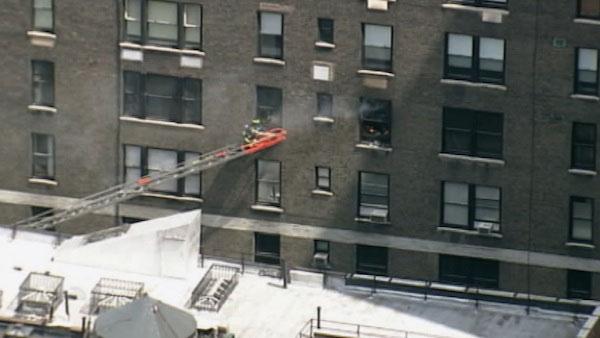 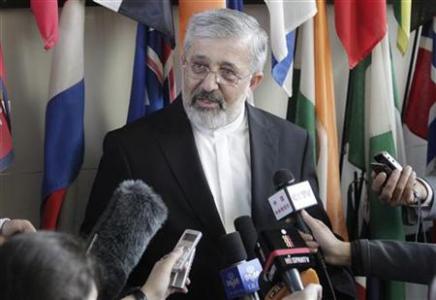