UNITED NATIONS (Reuters) – The worst outbreak of Ebola on record can be contained if countries quickly build and staff treatment centers in West African nations hardest hit by the deadly virus, the United Nations Ebola response coordinator said on Wednesday. 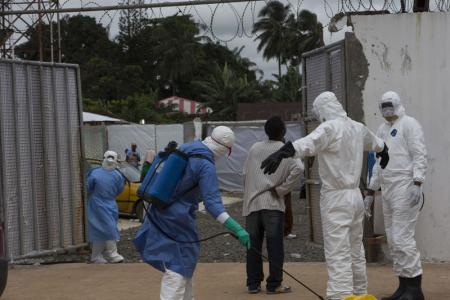 Health workers wearing protective equipment are disinfected outside the Island Clinic in Monrovia, September 30, 2014, where patients are treated for Ebola. REUTERS/Christopher Black/WHO/Handout via Reuters

If we can reduce the number of people who are passing on their infection to others by about 70 percent, then the outbreak will come to an end, Dr. David Nabarro, the senior U.N. coordinator for the international response to Ebola, told Reuters.

If, on the other hand, people continue to be able to transmit the virus to others when they have been ill, then the outbreak will continue and continue growing at the rate it is.

Guinea, Liberia and Sierra Leone have been hardest hit by the disease, and cases have been reported in Senegal and Nigeria. On Wednesday, the World Health Organization said Ebola had claimed the lives of 3,879 people from among 8,033 confirmed, probable and suspected cases since it was identified in Guinea in March.

Nabarro praised the United States, Britain, the African Union and others for marshalling healthcare workers and military personnel to build and staff treatment centers in affected areas. He urged all countries to contribute whatever they could to the effort.

He also lauded the Democratic Republic of Congo and Uganda for providing skilled doctors and nurses.

They’ve had the experience of dealing with Ebola inside their own countries and that is invaluable, he said. An outbreak of Ebola believed to be separate from the one in West Africa has been reported in Democratic Republic of Congo.

Healthcare systems in affected West African countries do not have the capacity to deal with the epidemic. Treatment centers are full and healthcare workers are at risk of infection.

Ebola can take as long as three weeks before its victims show symptoms, at which point it becomes contagious. Ebola, which can cause fever, vomiting and diarrhea, spreads through contact with bodily fluids such as blood or saliva.

Nabarro, who was the U.N. coordinator for the international response to avian and human influenza outbreaks, said the scale of the Ebola outbreak was doubling every three to four weeks.

So good quality care in an isolated space that enables people to have a good chance of recovery is the key requirement, he said. To do that, we need to have people who are skilled in providing care.

BATTLE WILL BE WON

We’re certainly going to see this battle won, Nabarro said. The question is when … and can we minimize the number of people who will lose their lives, or the damage to the economies of the affected countries while this happens.

I’m sure that it will be a relatively short time before we start to see what I call the bending of the epidemic curve so that it starts to come down again, he said.

Nabarro said he was saddened by the death of the first person diagnosed with Ebola in the United States, Liberian national Thomas Eric Duncan, who flew to Dallas in late September after having contact with a woman who was infected and later died.

He said Duncan’s case highlighted the danger of Ebola, classified as a level 4 biological hazard and one of the deadliest illnesses for which no vaccine or proper treatment exist.

Even where you’ve got a very high-quality healthcare system, sometimes it’s not possible to save people, Nabarro said.

Nabarro said he supports the idea of screening passengers to identify high-risk individuals who might have contracted the virus, but he said travel bans or isolating affected countries would be the wrong approach.

He said if countries are well prepared and well organized they can deal with outbreaks, as Nigeria has, that may occur as a result of individuals crossing their borders. 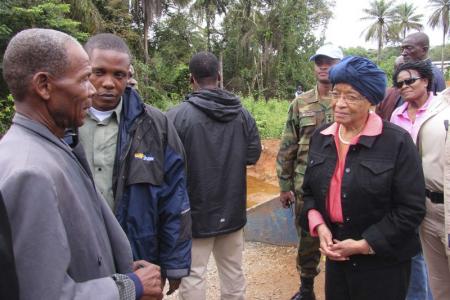 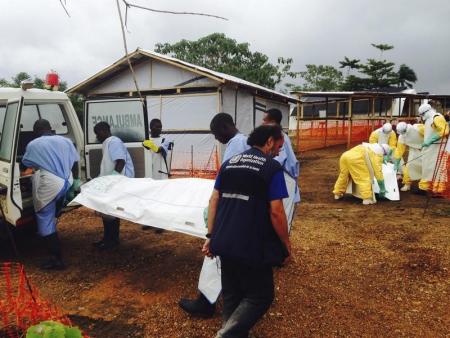