Le Pen, who rails against European unity and what she says is the

Islamization of France, took third place with more than 18 percent of the vote. Her backers could play a critical role in the

final round of elections May 6, helping determine whether conservative President Nicolas Sarkozy sinks or survives in his

battle with Socialist challenger Francois Hollande, who held a thin lead in the first-round vote.

quickly tried to woo Le Pen’s backers, but she already had her sights on the parliament. Le Pen wants to return the National

Front party founded by her father Jean-Marie Le Pen to the legislature, and is now looking to make a mark in June

“The first round isn’t the end but the beginning,” she said in what amounted to a victory

speech. “Whatever happens in 15 days, the battle of France has just begun.” Marine Le Pen, 43, in her first presidential

election, has tried to soften the image of the National Front, stigmatized as racist and anti-Semitic under the helm of her

hopes. She said in an interview with The Associated Press last week that a surprise could be in store. However, she also said

she would consider the best showing by her father a decade ago — just under 16.8 percent — to be her standard for

To the shock of the nation and neighboring countries, the 2002 vote propelled Jean-Marie Le Pen into the

final round and a showdown with then-President Jacques Chirac. The left and right joined in a rare alliance to defeat

claims is becoming a scourge on France, akin to hordes of Muslims bent on replacing the French culture with that of

Billing herself as the “anti-system candidate,” she wants to take France out of the eurozone and combats what

she says is the tyranny of Brussels. “We will explode the monopoly” of Sarkozy’s conservative Union for a Popular Movement

party and the Socialists, and of the world of finance, she said.

She has said from the start that Sarkozy is a

has-been incapable of winning the election. “We are the sole viable opposition to the liberal left,” she said. The actual

weight of the National Front is unclear.

ballots for Le Pen simply to sanction Sarkozy. The president is disliked by some mainstream rightists, both for his personal

style, seen as unbefitting for a president of France, and policies that critics say benefit the privileged.

round. However, her advisers suggest she may announce her strategy at the National Front’s traditional May Day march in

Paris to honor Joan of Arc, the party’s symbol.

Le Pen appeals to the working class, the unemployed and an eclectic

grouping of former veterans from the French colonies, notably Algeria where her father served. The National Front has over

the decades nipped at the heels of rival parties. While failing to win, it has been impossible to ignore.

Islamic face veils on French streets, and he took up far-right themes in his presidential campaigns in 2007 and this

Now, he needs those voters more than ever, and tried to woo them as he spoke after results were announced Sunday

night. “In a world moving so fast, preserving (our) way of life is the central question of this election,” he said, stressing

the need to respect borders and control the immigrant influx.

party-to-party accord, surely not.”

“It’s not an ideological vote,” Juppe said. “There are some French people who are

anxious in this crisis. They’re a bit disoriented and so they turn to this vote that’s one of protest.” Le Pen predicted a

rising arc for her party in the AP interview.

“I think we’ll be in a situation to govern within 10 years,” she 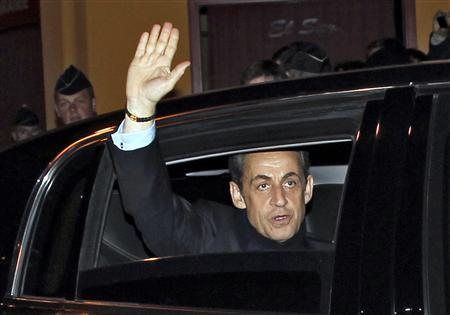 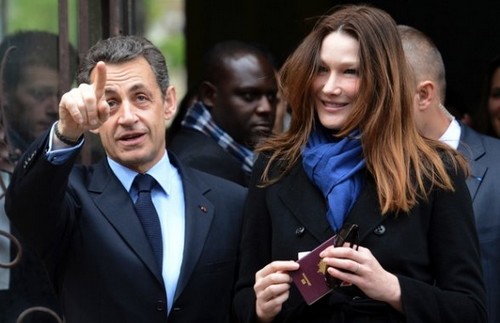 Europe Sarkozy the fighter in battle of his career
Wildcard SSL