(Reuters) – A gunman opened fire inside an Oregon shopping mall on Tuesday in the middle of the busy Christmas season, killing at least two people, critically wounding a young woman and terrorizing holiday shoppers before shooting himself to death, police said. 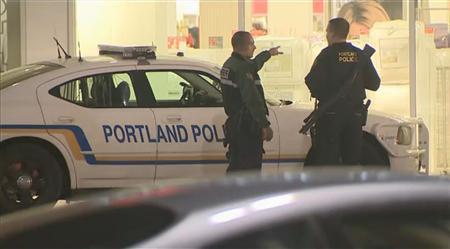 A still image taken from video courtesy of KATU-TV shows Portland police officers at a shooting scene at Clackamas Town Center in Portland, Oregon, December 11, 2012. A gunman opened fire inside an Oregon shopping mall on Tuesday in the middle of the busy Christmas shopping season, killing at least two persons before the shooter was “neutralized,” police said. REUTERS/KATU-TV/Handout

The afternoon shooting rampage at the crowded Clackamas Town Center in the Portland suburb of Happy Valley touched off panic inside the mall, sending thousands of shoppers streaming out as police and fire crews arrived on the scene.

Clackamas County Sheriff Craig Roberts said the lone gunman died from a self-inflicted gunshot wound and that law enforcement officers who descended on the scene had not fired a single shot inside the mall. A single weapon was recovered.

“The mall is supposed to be a place where we can take our families. He took the lives of two people and a young lady is at the hospital fighting for her life right now,” Roberts said.

The wounded victim was taken by helicopter to a hospital where a spokeswoman said she was in serious condition.

The incident marked the latest in a string of shooting rampages this year that included the killing of 12 people and wounding of 58 others at a midnight screening of “The Dark Knight Rises” in Colorado.

In Oregon, police evacuated terrified shoppers, who were reported by local media and via Twitter to have hidden in the back rooms of shops as gunshots rang out in the 1.4 million- square-foot mall.

“Shooting in the middle of clackamas town center. I’m stuck in the back room of build a bear!” one person tweeted.

High school student Hannah Baggs, 14, told the Oregonian newspaper that she got a close look at the gunman before he entered the mall and opened fire.

Related:  Barack Obama gets his groove back
Powered by Inline Related Posts

“He was, like, 10 feet away from us, wearing a white mask and carrying something heavy with both hands,” Baggs said in remarks carried on the paper’s website. “He went running into the store.”

The Oregonian also reported that the gunman had used a semi-automatic rifle and may have been wearing body armor, but police did not immediately confirm that. The paper said the shooting occurred near the mall’s food court.

“All of a sudden I heard something similar to a .22 popping, probably eight times, and people dropping everywhere, people screaming,” witness Christina Fisher said in an interview aired on CNN. “It was chaos.”

A man dressed in a red Santa suit and beard who said he greets children at the mall told local KGW-TV that he heard some 15 gunshots and realized there was a gunman on the loose.

“So I hit the floor,” the man told KGW-TV in an interview outside the mall. “My crew that was working with me must have left and everybody that was in the (Christmas) set must have left, because when I got up there was nobody in the set but myself.”

Police and SWAT teams established a perimeter around the scene and worked to evacuate the mall as they searched for the gunman. Video footage from inside the mall, aired on CNN, showed shoppers heading toward exits with their arms raised above their heads.

Roberts said that police, assisted by agents from the FBI and U.S. Bureau of Alcohol, Tobacco, Firearms and Explosives were still combing through the mall for evidence late on Tuesday night.

“My thoughts and prayers are with the victims and their families,” Oregon Governor John Kitzhaber said in a statement released by his office. “I appreciate the work of the first responders and their quick reaction to this tragic shooting.” 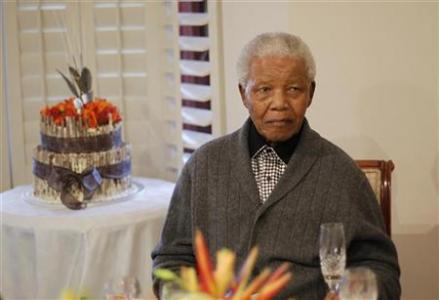 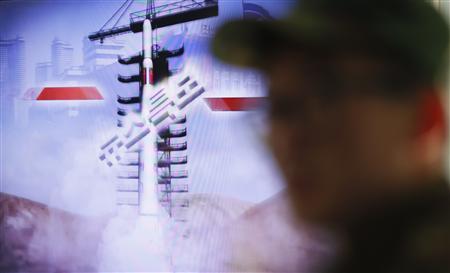