(Reuters) – Hundreds of angry protesters gathered outside the headquarters of Delhi police on Saturday after a five year-old girl was allegedly raped and tortured, reviving memories of a brutal December assault on a woman that shook the country.

Police arrested a man they accuse of the attack from the eastern state of Bihar, and he was being brought to Delhi for interrogation. Doctors say the girl suffered severe injuries and bruising all over her body including her neck and genitalia.

Protests that began on Friday grew more intense after video footage showed a policeman slapping a woman protester, and following reports investigators offered the victim’s family 2,000 rupees not to file a case.

The assault on the girl revived memories of the gang rape by five adult men and a teenaged boy of a 23-year-old physiotherapy student on a bus on December 16 in New Delhi.

That woman died of her injuries in a Singapore hospital. The case caused an outpouring of anger in Delhi. While statistically India does not have the world’s highest incidence of rape, the frequency and apparent increase in brutal crimes has become a major political issue in the nation of 1.2 billion a year before elections.

On Saturday, a group of men and women kicked and pushed yellow metal barricades at the gates of the police station in an attempt to break through.

The girl was “conscious and alert” and her condition stable, but her injuries are infected and so severe she may need corrective surgery, an official of the state-run All India Institute of Medical Sciences hospital told reporters.

Police identified the accused as a 22-year-old called Manoj, arrested late on Friday in Bihar where he had fled after leaving the girl for dead in an apartment in the same Delhi building the family lives in.

The girl was kept in captivity for 40 hours, police said. The accused was a temporary worker in garment factories and lived with his father, a juice seller, police said. He was hiding at his in-laws’ house when he was captured.

In a televised news conference, a deputy commissioner said police will seek to establish if more people were involved in the alleged rape after the accused is questioned.

The girl, whose parents work as laborers and live in a slum in the outskirts of Delhi, went missing from home on April 15, according to Manish Sisodia, an official of the Aam Aadmi Party which organized a protest on Friday.

Local media said she was found by neighbors who heard her crying two days later.

B.N. Bansal, a doctor from the Swami Dayanand Hospital, where the girl was initially admitted for treatment, said on Friday that the young victim had undergone an operation after she was brought in with extreme injuries.

“We found candles and an oil bottle from inside the child when we operated upon her,” Bansal told reporters. “The next 48 hours will be crucial for her.”

Prime Minister Manmohan Singh’s office said in a statement that he was deeply disturbed by the latest incident. In December his administration had faced criticism for failing to respond quickly to the horrific attack on the physiotherapy student.

The unprecedented protests by thousands of people across India eventually forced Singh’s government to pass tougher laws to fight gender crimes in March. 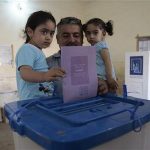 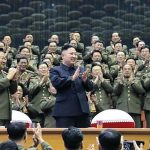 North Korea reiterates it will not give up nuclear arms 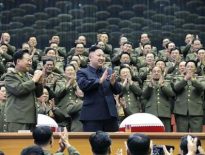 Asia North Korea reiterates it will not give up nuclear… 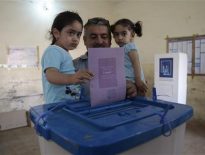