TEHRAN, Iran (AP) — Iran’s supreme leader delivered a salty rebuke to the U.S. Friday as Iranians lined up to vote in a presidential election that has suddenly become a showdown across the Islamic Republic’s political divide: Hard-liners looking to cement their control and re-energized reformists backing the lone moderate left in the race. 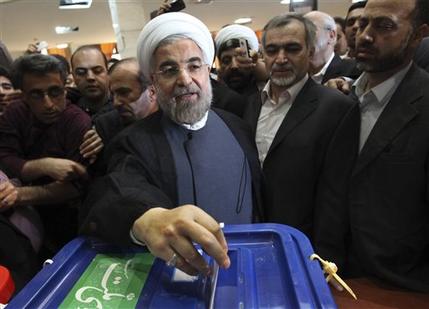 Ayatollah Ali Khamenei was responded to U.S. questions over the openness of the balloting, telling Washington “the hell with you” after casting his ballot in a race widely criticized in the West as pre-rigged in favor of Tehran’s ruling system.

Long lines snaked outside some voting stations in Tehran and elsewhere. Iran’s interior ministry extended the voting time by three hours. The enthusiasm suggested an election that was once viewed as a pre-engineered victory for Iran’s ruling establishment has become a chance for reform-minded voters re-exert their voices after years of withering crackdowns.

There is no clear front-runner among the six candidates trying to succeed the combative President Mahmoud Ahmadinejad, whose eight-year era is coming to an end because of rules blocking a run for a third consecutive term. But influential figures on all sides have appealed for a strong turnout, indicating both the worries and hopes across an election that has been transformed in recent days.

Iran’s loose coalition of liberals, reformists and opposition activists – battered and fragmented by relentless pressures – have found last-minute inspiration in former nuclear negotiator Hasan Rowhani, the only relative moderate left in the race.

A victory by Rowhani would be seen as a small setback for Iran’s hard-liners, but not the type of overwhelming challenge posed four years ago by the reformist Green Movement, which was brutally crushed after mass protests claiming Ahmadinejad’s 2009 re-election was the result of systematic fraud in the vote counting.

Iran’s president has no direct say in key decisions – such as the nuclear program, defense and foreign relations – but sets an important tone on the world stage and the country’s main envoy.

If no candidate wins an outright majority, a runoff pitting the two top finishers would take place June 21, so even a strong showing by Rowhani in Friday’s voting could face another test. Results are expected early Saturday.

Rowhani’s backers, such as former President Akbar Hashemi Rafsanjani – who was blocked from running by Iran’s ruling system – have urged reformists and others to cast ballots and abandon plans to boycott the election in protest over years of arrests and intimidation.

“Both I and my mother voted for Rowhani,” said Saeed Joorabchi, a university student in geography, after casting balloting at a mosque in west Tehran.

In the Persian Gulf city of Bandar Abbas, local journalist Ali Reza Khorshidzadeh said many polling stations have significant lines and many voters appear to back Rowhani.

But fervor also was strong for other presumed leading candidates: Hardline nuclear negotiator Saeed Jalili and Tehran’s mayor, Mohammad Bagher Qalibaf, who is boosted by a reputation as a steady hand for Iran’s sanctions-wracked economy.

Khamenei, who has not publicly endorsed a successor for Ahmadinejad following their falling out over the president’s attempts to challenge the supreme leader’s near-absolute powers, remained mum on his choice Friday.

Instead, he blasted the U.S. for its repeated criticism of Iran’s clampdowns on the opposition and the rejection of Rafsanjani and other moderate voices from the ballot.

“Recently I have heard that a U.S. security official has said they do not accept this election,” Khamenei was quoted by state TV after casting his vote. “OK, the hell with you.”

Iran’s election overseers allowed eight candidates on the ballot out of more than 680 registered. Two candidates later dropped out in bids to consolidate votes with rivals. Journalists were under wide-ranging restrictions such as requiring permission to travel around the country. Iran does not allow outside election observers.

Yet other cracks are evident.

Western sanctions over Iran’s nuclear program have pummeled the economy by shrinking vital oil sales and leaving the country isolated from international banking systems. New U.S. measures taking effect July 1 further target the country’s currency, the rial, which has lost half its foreign exchange value in the past year, driving prices of food and consumer goods sharply higher.

Such concerns could have a direct effect on the outcome of the election. Qalibaf is widely viewed as a capable fiscal manager and could draw in votes, since economic affairs are among the direct responsibilities of Iran’s president.

All other major issues are fully controlled by the Khamenei, his inner circle and its protectors, led by the powerful Revolutionary Guard. The other candidates permitted on the ballot by election overseers are seen as loyalists, including Jalili and Khamenei adviser Ali Akbar Velayati.

Such insiders in the presidency would give Iran’s leadership a seamless front with significant challenges ahead, such as the possible resumption of nuclear talks with the U.S. and other world powers and the increasing showdown in Syria between rebels and the Iranian-backed regime of Bashar Assad. On Thursday, the White House said it would begin sending arms to Syrian rebel fighters after intelligence officials concluded Assad’s forces used chemical weapons.

Recent comments by Khamenei were interpreted as leaning toward Jalili, whose reputation is further enhanced by a battlefield injury during the 1980-88 war with then U.S.-backed Iraq that cost him the lower part of his right leg.

In Washington on Thursday, State Department spokeswoman Jen Psaki said that while the U.S. does not think the Iranian election process is transparent, it is not discouraging the Iranian people from voting.

“We certainly encourage them to,” Psaki said. “But certainly the history here and what happened just four years ago gives all of us pause.”

But the election also could leave Iran further divided. Rowhani’s rapid rise from longshot to reformist hopeful – aided by endorsements from artists and activists – has shown the resilience of Iran’s opposition despite relentless crackdowns. A defeat could leave them even more embittered and alienated.

At final rallies, Rowhani’s supporters waved his campaign’s signature purple – a clear nod to the single-color identity of the now-crushed Green Movement and its leader, Mir Hossein Mousavi, who has been under house arrest for more than two years. On Wednesday, thousands of supporters welcomed Rowhani yelling: “Long live reforms.”

Some Rowhani backers also have used the campaign events to chant for the release of Mousavi and other political prisoners, including former parliament speaker Mahdi Karroubi, leading to some arrests and scuffles with police.

Rowhani is far from a radical outsider, though. He led the influential Supreme National Security Council and was given the highly sensitive nuclear envoy role in 2003, a year after Iran’s 20-year-old atomic program was revealed.

But he is believed to favor a less confrontational approach with the West and would give a forum for now-sidelined officials such as Rafsanjani and former President Mohammad Khatami, whose reformist terms from 1997-2005 opened unprecedented social and political freedoms that have since been largely rolled back.

Outside Iran, votes were casts by the country’s huge diaspora including Dubai, London and points across the United States. 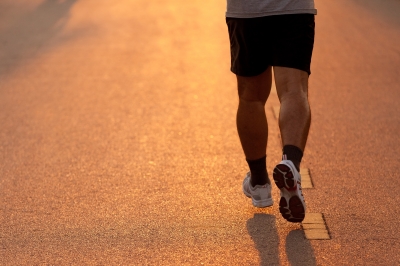 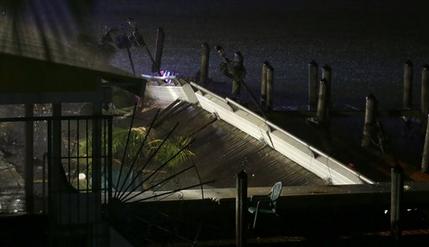