The violence threatened to unravel Wednesday’s shaky Egyptian-brokered truce which had temporarily calmed violence that erupted on Monday after a raid across Egypt’s Sinai border into Israel in which an Israeli man and two gunmen were killed.

The Israeli military confirmed its aircraft had struck two militant targets in Gaza overnight, calling it a response to rocket fire aimed at Israel from the Islamist-ruled territory.

Officials in Gaza said Israel attacked security targets in Gaza City and also in northern and southern parts of the crowded coastal strip before dawn.

Later a rocket that hit the Israeli town of Sderot wounded a man in the neck just as he was trying to enter a concrete shelter, Israeli officials said.

The rocket was one of 18 fired into Israel, three times the number fired on Friday, the military said. Six other rockets were intercepted by an Israeli missile defense system.

The authorities urged the one million Israelis who live in the south to stay indoors or close to fortified shelters.

Nobody in Gaza claimed responsibility for the rocket fire at Israel, but a security source said the missiles were launched by members of a fringe Salafi group sympathetic to al-Qaeda, two of whose militants were killed in Israeli raids on Friday.

Israel blamed the Salafis for Monday’s cross-border raid from Egypt, after which Israel launched punitive air raids on nearby Gaza, killing 10 Palestinians, many of them militants but also including a 14-year-old boy.

Hamas militants had conditionally pledged to adhere to the truce brokered by Egypt if Israel also held fire. Israel never formally commented on the deal but its officials have pledged to respond to any rocket fire from Gaza.

Egypt has brokered such deals in the past and stepped in this time fearing that the violence, coinciding with a hotly contested presidential race in Cairo, could spiral out of control. 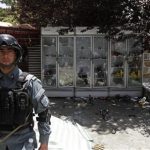 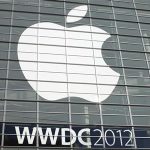 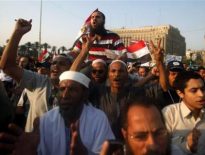 Africa Protest in Tahrir Square as Egypt waits for presid… 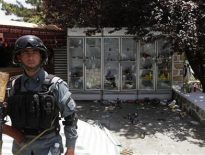