(Reuters) – Japan’s prime minister sent an offering to a shrine for war dead on Thursday, the anniversary of Japan’s World War Two defeat, while cabinet members visited it in person, drawing harsh complaints from China and South Korea, and putting at risk tentative steps to improve ties.

Prime Minister Shinzo Abe was treading a fine line between trying not to inflame tension with China and South Korea and upholding a conservative ideology shared by his supporters.

But at least three cabinet ministers and dozens of lawmakers paid their respects at Yasukuni Shrine, seen as a symbol of Japan’s past militarism.

“I asked my special aide … to make the offering on my behalf with a feeling of gratitude and respect for those who fought and gave their precious lives for their country,” Abe told reporters at the prime minister’s office.

“As for when I might go to Yasukuni Shrine, or whether I will go or not, I will not say as this should not become a political or diplomatic issue,” he said after his Liberal Democratic Party (LDP) aide conveyed the offering in the name of “Shinzo Abe, LDP leader.”

Visits to the shrine by top politicians outrage China and South Korea because the shrine honors 14 Japanese wartime leaders convicted as war criminals by an Allied tribunal, along with war dead.

“It does not matter in what form or using what identity Japanese political leaders visit the Yasukuni Shrine, it is an intrinsic attempt to deny and beautify that history of invasion by the Japanese militarists,” China’s Foreign Ministry said in a statement.

“We urge Japan to … take concrete steps to win the trust of the international community, otherwise Japan’s relations with its Asian neighbors have no future.

“Can you imagine what the world would think of Germany if they paid homage to Nazi boss Hitler?” retired Chinese Major General Luo Yuan, one of China’s most outspoken military figures, wrote in the influential tabloid the Global Times.

China and Korea suffered under Japanese rule, with parts of China occupied from the 1930s and Korea colonized from 1910 to 1945. Japanese leaders have apologized in the past but many in China and South Korea doubt the sincerity of the apologies, partly because of contradictory remarks by politicians.

South Korea’s Foreign Ministry called the visits “deplorable”, saying they showed the ministers were “still keeping their eyes shut to history” and urging Japan to offer a sincere apology.

Japanese conservatives say it is only natural to honor the war dead and deny that doing so at Yasukuni glorifies the war.

“Paying homage to the war dead is a purely domestic matter and it’s not for other countries to criticize us or intervene in these matters, Keiji Furuya, a minister whose portfolios include the national public safety commission, said after paying his respects at the shrine in central Tokyo.

Internal affairs minister Yoshitaka Shindo and administrative reform minister Tomomi Inada also visited the shrine as did a group of 89 lawmakers, including LDP policy chief Sanae Takaichi and aides to another 101 MPs.

Chinese state media reported that it military would conduct live fire drills for four days from Thursday in the East China Sea, though not close to Japan. Some Japanese media speculated this was timed to coincide with the Yasukuni visits.

Despite close economic ties and recent calls by Abe for a summit with Chinese President Xi Jinping, Japan’s relations with its neighbors remain fraught.

“Japanese leaders should show their courageous leadership to heal wounds of the past so that both countries can develop as a true cooperative partner,” South Korean President Park Geun-hye said in a speech in Seoul marking the anniversary of the end of Japan’s 1910-1945 colonial rule of the peninsula.

Speaking later at a memorial service in Tokyo, Abe said: “We will carve out the nation’s future that is full of hope, while facing history with humility and deeply engraving lessons to be learnt in our minds.”

But Abe did not mention Japan’s “wartime aggression” in Asia, a reference that has been included in speeches by his predecessors since 1994, according to Kyodo news agency.

Crowds of Japanese, including pensioners and school children, streamed through the shrine complex after it opened around dawn.

“My father died during the war, so I come here every year to pray for him and for the people who sacrificed their lives for the country,” said Mariko Matsuda, 70. “It’s a great shame that Prime Minister Abe won’t visit the shrine today.”

Four South Korean opposition lawmakers who tried to protest at the shrine were hustled away by police after a scuffle.

Hundreds of members of the nationalist “Gambare Nippon” (Stand Firm! Japan) group, carrying Japanese flags with black mourning ribbons, later marched to the shrine, where they sang the national anthem and shouted “Long Live the Emperor”.

Tokyo had hoped that if Abe stayed away, it could send a signal to China of his desire to ease tension.

A dispute over rival claims to uninhabited islands in the East China Sea intensified last September when the previous Japanese government bought the isles from a Japanese citizen.

Feuding over the islands and wartime history, combined with regional rivalry and mutual mistrust, suggest that a summit is unlikely any time soon, officials involved in behind-the-scenes talks between Beijing and Tokyo told Reuters.

Visits to Yasukuni by Prime Minister Junichiro Koizumi during his 2001-2006 term sent Sino-Japanese ties into a chill.

The deeply conservative Abe improved relations by staying away from the shrine during a previous short term as prime minister, but later said he regretted not paying his respects as premier and made a visit after becoming LDP leader last September.

Abe’s agenda of bolstering the military and easing the limits of the pacifist post-war constitution on Japan’s armed forces as a prelude to revising the U.S.-drafted charter have raised concern in China, while Japan is worried about China’s military build-up and its maritime ambitions. 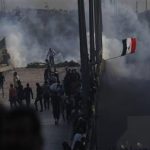 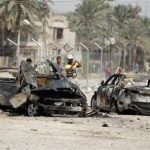 At least 33 killed in series of Baghdad bombings: police

Rihanna Dumped Chris Brown After He Met Up With Karrueche Tran

Rolling Stones try to roll back the years with reunion 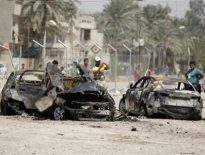 Africa At least 33 killed in series of Baghdad bombings: … 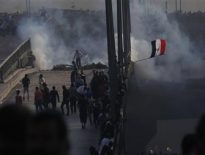