Left gets historic but slim chance to lead Greece

ATHENS (Reuters) – Greece’s Left Coalition party will get an historic chance on Tuesday to form a government opposed to the country’s EU/IMF bailout, after the mainstream conservatives failed to cobble together a coalition following shock election results. 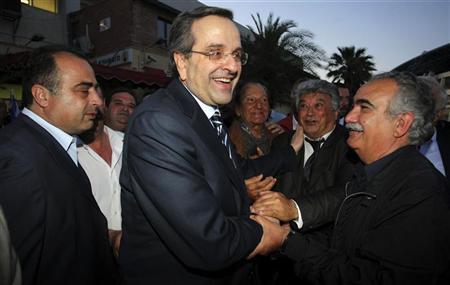 The odds are stacked against it, raising the prospect of fresh elections.

Alexis Tsipras, aged 37, whose party was catapulted into second place by voters angry with austerity, will take on the tough task of wooing small groups into forming the first leftist government in Greece’s modern history.

Greeks plunged their country into political limbo in Sunday’s election, angry with the harsh cuts dictated by the bailout deal which is keeping Greece afloat but has also brought the worst unemployment and recession in decades.

By spurning the two main parties – New Democracy and PASOK – voters shrugged off the risk of bankruptcy and the threat to Greece’s future in the euro although government officials warned that cash was running out fast.

If political leaders fail to form a coalition, Greece risks new elections as soon as next month, plunging the country into fresh uncertainty.

“The country is heading at high speed towards catastrophe,” the Kathimerini daily said in an editorial. “If a national salvation government is not formed in the coming days, new elections will become inevitable.”

On Monday, President Karolos Papoulias gave a three-day mandate to form a coalition to Antonis Samaras, whose conservative New Democracy party won the biggest share of the vote. But Samaras admitted defeat within the day after rejections from several party leaders.

Tsipras, who believes the bailout is leading Greece to bankruptcy rather than averting it, is next in line and will receive the presidential nod on Tuesday to try to rally the fragmented groups of the left.

“We want to create a government of leftist forces in order to escape the bailout leading us to bankruptcy,” said Tsipras, the country’s youngest political leader at 37, after rejecting an offer to cooperate from Samaras. “We’re not going to let in through the window what Greek people kicked out the door.”

A splinter group from the traditional Communist Party, the Left Coalition wants Greece to stay in the euro but rejects the 130 billion euro bailout, saying the country can survive without it.

The Communists have already rejected any proposal to cooperate and the other anti-bailout parties of the left cannot bring enough parliamentary seats to produce a majority with the Left Coalition. This means Tsipras has a very slim chance of clinching a deal unless major parties offer support.

Time is running out for Greece, which must come up next month with over 11 billion euros in extra spending cuts for 2013 and 2014 in exchange for more aid. Officials told Reuters Greece could run out of cash by the end of June if there was no government to negotiate a new aid tranche with the EU and IMF.

“I voted for Tsipras. If he renegotiates with the Europeans maybe our lives will get a little better. We have reached our limits. We are barely scraping by,” said Ioannis Giannakopoulos, 47, an unemployed electrician.

If Tsipras fails to piece together a coalition, the mainstream Socialist PASOK party is next in line to give it a go. PASOK and New Democracy, which have ruled Greece for decades, suffered huge losses in the polls, punished by voters for chronic mismanagement and corruption.

New Democracy and PASOK won just over 32 percent of the vote and only 149 out of 300 parliament seats. PASOK won a landslide victory in the last election in 2009 with 44 percent.

A total of seven parties made it into parliament, including the extreme nationalist Golden Dawn for the first time.

Fotis Kouvelis, leader of the moderate Democratic Left party that had looked like a possible ally for Samaras, told Reuters he would not cooperate with New Democracy and PASOK but only left-wing groups.

Even PASOK leader Evangelos Venizelos, who as finance minister arranged Greece’s second bailout, said the deal should be renegotiated to lessen the burden on Greeks by spreading the cuts over three years instead of two.

In the face of what looks like an intractable impasse, another election in a few weeks could be the only way out, deepening doubts about Greece’s future.

Many Greeks seemed shocked at what they had done in an election that increased fears of a return to the euro zone debt crisis first sparked by Greece in 2009.

“I’m more angry today than I was yesterday. They voted against the big parties as a reaction without thinking of the consequences. What is Tsipras going to do? Make the debt disappear? He is just a kid,” said Thanasis Economou, 43, a mechanic, who voted for one of the big parties.

Left gets historic but slim chance to lead Greece 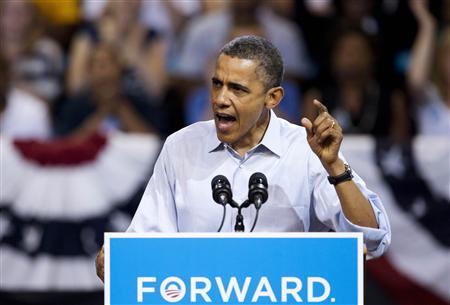 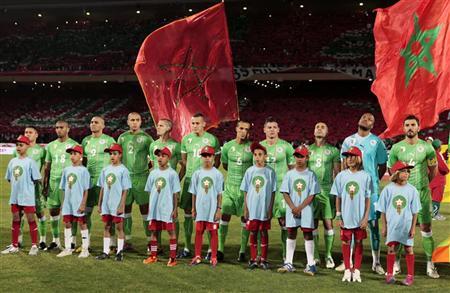