Wage talks to end the month-long Lonmin strike, which erupted in deadly violence last month, failed to start as scheduled. The independent labour mediator said it could only take part in the process if workers returned to work by a Monday deadline, but the vast majority stayed away.

The column of marching strikers, which swelled through the day, filled a two-lane highway and stretched for over a mile, watched by a heavily-armed escort of riot police. Many of the marchers were armed with sticks, spears and machetes.

“We are looking for the guys working. If we find them, we have to kill them,” said Umpho, a 23-year-old rock driller wielding a stick who declined to give his surname.

Growing labour unrest in Africa’s largest economy, which is also the world’s top platinum producer, is challenging the ruling African National Congress’s claim to be a champion of workers’ interests, even as it tries to promote stable growth.

The unrest culminated in mid-August in violent clashes with police in which 44 people were killed at Lonmin’s Marikana mine, 100 km (60 miles) northwest of Johannesburg. Most of those who died were strikers shot by police officers.

The killings evoked painful memories of similar incidents under racist apartheid rule, which ended in 1994.

Police have said they opened fire in self-defence but fresh testimony that officers shot men who were fleeing or surrendering seems likely to deepen anger against the security forces and the ANC government.

On Monday, the protesters at Lonmin, the world’s third largest platinum producer, chanted “The White Men are shaking!” and “The police who shot us are shaking!”.

At one point, one marcher suddenly struck another, a suspected strike breaker, with a bull-whip and then a mob of 50 others chased him into the surrounding bush, waving machetes and baying for blood.

“We don’t know who he is, but we think he had been working,” said one of the strikers.

Lonmin said only 6.3 percent of its shift workers had reported for work on Monday compared with 2 percent on Friday.

The independent Commission for Conciliation, Mediation and Arbitration (CCMA) said a return to work by Lonmin employees was a precondition for the start of any wage negotiations.

The labour troubles, fanned in part by glaring income disparities in South Africa, have been spreading from the platinum belt to the gold sector, unnerving investors.

Gold Fields last week resolved an illegal strike by 12,000 workers at its KDC East mine, which started because rank and file members of the National Union of Mineworkers (NUM) said the union was not defending their interests.

On Monday the company reported another unlawful stoppage, this time at its KDC West operation, where 15,000 workers downed tools, shutting production. Gold Fields said the reasons for the latest strike were unclear but intimidation was being used to keep workers off the job.

“We haven’t been given any demands but the pattern is the same as KDC East. It is intimidation. The strikers went around from hostel to hostel yesterday to prevent the others going to work,” Gold Fields spokesman Sven Lunsche said.

In the platinum sector, the labour conflict has had its origins in a turf war for members between the dominant NUM and the more militant Association of Mineworkers and Construction Union (AMCU), which is mounting a challenge.

Discontent is swelling against the NUM among poorly-paid mineworkers who see its leaders as out of touch and too closely linked to the governing ANC and its political agenda.

The violent rise of the AMCU is the biggest challenge to the unwritten pact at the heart of the post-apartheid settlement – that unions aligned to the ANC deliver modestly higher wages for workers, while ensuring labour stability for big business.

Opponents of President Jacob Zuma, particularly Julius Malema, the expelled former leader of the ANC Youth League, are using the labour unrest to attack the record of Zuma’s government ahead of a party leadership conference in December.

Lonmin has had 327 million pounds knocked off its London market capitalisation since the strike started.

The price of platinum, used in emissions-capping catalytic converters in cars, has been depressed because of weak demand, but has risen 14 percent since the stoppage began.

Many South African platinum mines are simply unprofitable and analysts say Lonmin cannot afford the demands made by the 3,000 rock drill operators who started the strike.

They want a basic wage of 12,500 rand a month, more than double what they currently get, and other workers at the bottom of the pay scale are also now demanding similar raises. 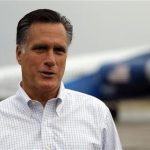 Romney says he would keep parts of Obama healthcare law 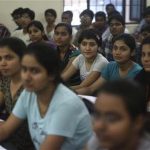 Obama, Romney turn up the tension in second presidential debate 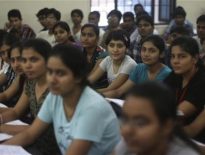 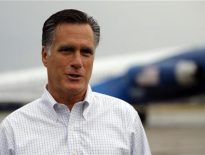 News Romney says he would keep parts of Obama healthcar…