ANDREWS AIR FORCE BASE, Md. (AP) — A growing number of military parents want to end the age-old tradition of switching schools for their kids. 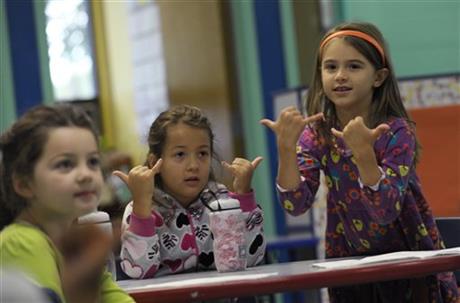 In this photo taken Oct. 9, 2013, Channing Morgan, from left, Brooklyn Olds, and Grace Whittaker learn sign language during a lesson at a home schooling co-operative at Andrews Air Force Base, Md. A growing number of military parents have embraced home schooling, seeking to put an end to the age-old tradition for military children of switching schools. They often find support on military bases, which in many cases provide resources to help these families and open their doors for home schooling co-operatives and other events. (AP Photo/Susan Walsh)

They’ve embraced homeschooling, and are finding support on bases, which are providing resources for families and opening their doors for home schooling cooperatives and other events.

“If there’s a military installation, there’s very likely home-schoolers there if you look,” said Nicole McGhee, 31, of Cameron, N.C., a mother of three with a husband stationed at North Carolina’s Fort Bragg who runs a Facebook site on military home schooling.

At Marine Corps Base Quantico in Virginia, the library sported special presentations for home-schoolers on Benjamin Franklin and static electricity. Fort Bragg offers daytime taekwondo classes. At Fort Belvoir, Va., there are athletic events and a parent-led chemistry lab.

At Andrews Air Force Base about 15 miles outside of Washington, more than 40 families participate on Wednesdays in a home schooling cooperative at the base’s youth center. Earlier this month, teenagers in one room warmed up for a mock audition reciting sayings such as “red leather, yellow leather.” Younger kids downstairs learned to sign words such as “play” and searched for “Special Agent Stan” during a math game. Military moms taught each class.

There are also events outside the co-op, such as a planned camping trip for kids reading Jean Craighead’s “My Side of the Mountain.”

“Some weeks I wonder how my kids are going to do the school side of school because they are so busy socializing,” said Joanna Hemp, the co-op’s welcome coordinator.

Military families move on average nearly every three years. The transition can be tough for children, and home schooling can make it easier, advocates say. The children don’t have to adjust to a new teacher or worry that they’re behind because the new school’s curriculum is different.

Some military families also cite the same reasons for choosing home schooling as those in the civilian population: a desire to educate their kids in a religious environment, concern about the school environment, or to provide for a child with special needs.

Two 16-year-olds, Andrew Roberts and Christina Cagle, interviewed at the Andrews co-op say they are happy their parents made the decision to home-school them. Roberts said he thinks he gets a lot more done in a school day than peers in a traditional school, and he sees his friends plenty at Bible study groups and during other social events with other teenagers on base.

“There’s not like a lot of peer pressure considering you’re mostly with your siblings and it’s kind of a relaxed environment,” Cagle said.

Participating military families say there’s an added bonus to home schooling. It allows them to schedule school time around the rigorous deployment, training and school schedules of the military member.

“We can take time off when dad is home and work harder when he is gone so we have that flexibility,” McGhee said.

Sharon Moore, the education liaison at Andrews who helps parents with school-related matters, said at the height of the summer military moving season, she typically gets about 20 calls from families moving to the base with home schooling questions. She links them with families from the co-op and includes the home-schooled children during back-to-school events and other functions such as a trip to a planetarium.

“It comes down to they are military children and we love our military children,” said Moore, a former schoolteacher. “We recognize that they have unique needs that sometimes other children don’t have, and we want to make sure that we do our best to serve them and meet those needs because they have given so much to this country.”

This kind of support for home schooling by the military was uncommon in the 1990s, said Mike Donnelly, a former Army officer who is an attorney with the Home School Legal Defense Association, based in Purcellville, Va. He said that changed in 2002 with military-wide memo that said home schooling can be a “legitimate alternative form of education” for military member’s children. Most military bases today are friendly toward home-schoolers, he said.

Lindsay Burchette said she first considered home schooling in 2011 when her husband joined the Navy and they were living in suburban Knoxville, Tenn. Her then-8-year-old son stressed about having to start a new school in Pensacola, Fla., when they moved there for her husband’s training and then again within a year when they reached his permanent duty station at Andrews.

“Starting a new school is bad enough and doing it twice over seemed like a lot,” said Burchette, a mother of three. “He kind of perked up after we mentioned that. The move kind of changed perspective for him.”

Her family is now preparing to move again — this time to Norfolk, Va., and she’s now home-schooling her two oldest kids, ages 10 and 5.

“I have no issues with public schools or the system,” Burchette said. “It’s just working for us right now.”

Home schooling in recent decades has grown in popularity in the general population, with the most recent government statistics estimating that about 3 percent of school kids are home-schooled in America.

Like home schooling parents in the general population, military families at home often use online curriculum and materials to enhance instruction. Some hire tutors for areas such as advanced math or foreign languages.

Home schooling, of course, isn’t for every military family. It requires a parent who can stay at home, and it can create an extra level of stress for the parents at home if the spouse is deployed, some spouses have told researchers.

For military families and others who do opt to home-school, there’s very little scientifically rigorous research about the long-term social and academic effects, said Joseph Murphy, an education professor at Vanderbilt University who wrote a book about home schooling.

“At this point, I think we would say there’s certainly not the evidence of problems with academics that a lot of people predicted, these kids do OK and they may do better than OK, I just don’t want to overstate given the science of the question,” Murphy said. 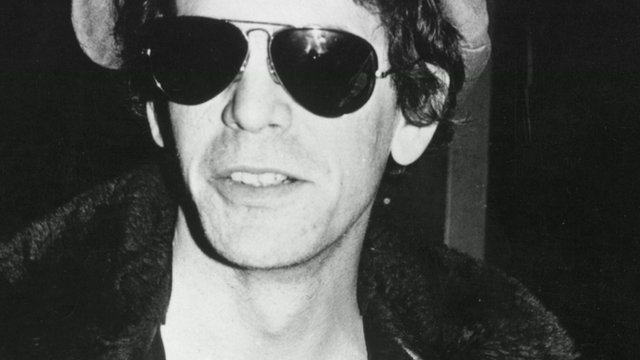 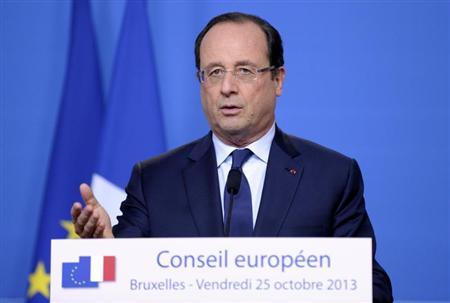