JULIAN, Calif. (AP) — A wildfire destroyed two homes, threatened hundreds more and forced the cancellation of a Fourth of July parade and celebration in a historic gold-mining town in San Diego County. 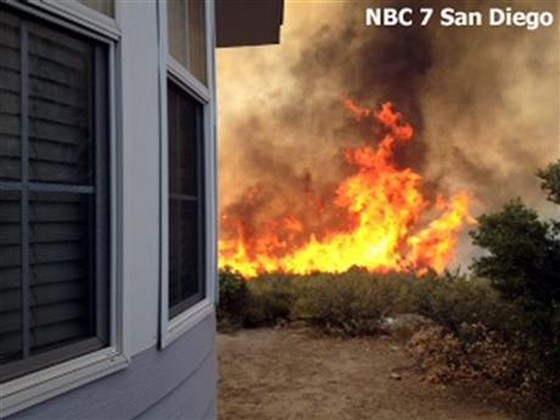 In this still frame from video provided by KNSD-TV, flames near a home as crews scrambled to corral a wildfire that burned two homes near the San Diego County mountain town of Julian in Southern California Thursday, July 3, 2014. The blaze erupted around 10:30 a.m. and prompted the mandatory evacuation of 200 homes. Firefighters attacked the 150-acre blaze in the air and on the ground. The fire destroyed two homes and an outbuilding and was 15 percent contained at nightfall, state fire Capt. Kendal Bortisser said. (AP Photo/KNSD-TV)

The blaze that broke out Thursday near the mountain town of Julian was one of several burning across the state, including one in Northern California’s Napa County that had also burned two homes and had grown to more than 6 square miles.

The San Diego County fire erupted around 10:30 a.m. and prompted the mandatory evacuation of 200 homes in nearby Julian. The evacuations were canceled by the end of the day.

Firefighters made progress overnight, increasing containment from 15 percent to 40 percent by early Friday, according to the California Department of Forestry and Fire Protection. The blaze also increased in size from 150 acres to 217.

But the threat to homes remained and the city planned to take the year off from its festive Fourth of July celebration that usually draws from 3,000 to 5,000 people.

The same area near Cleveland National Forest is where an 11-square-mile blaze destroyed more than 100 mountain cabins just a year ago.

Meanwhile, crews were getting the upper hand on a fire in rural Napa County that broke out Tuesday and grew initially by several hundred acres an hour because of the dry conditions.

Firefighters held the blaze at 4,300 acres overnight and increased containment to 55 percent, up from 30 percent on Thursday, thanks to favorable weather conditions that allowed crews to burn away fuel on the fire’s Lake County flank. The fire was no longer threatening any homes.

While we’ve turned the corner, while we’ve slowed down this fire, there’s still a lot of work ahead of us, state fire spokesman Daniel Berlant said.

The fire has damaged nine structures, including the two homes, but the fire was burning to the north, away from the county’s famed vineyards.

Residents in nearly 200 homes in a subdivision in the county’s Pope Valley were allowed to return after an evacuation order was lifted Thursday afternoon.

Neither fire has led to any injuries. The causes of both remained unknown.

Berlant said crews are also battling several lightning-sparked fires in far northeastern California, though they have not prompted any évacuations. 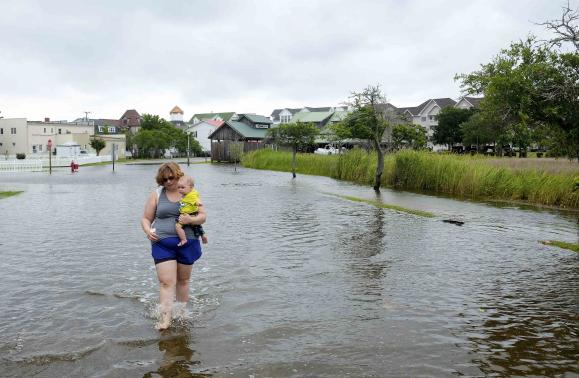 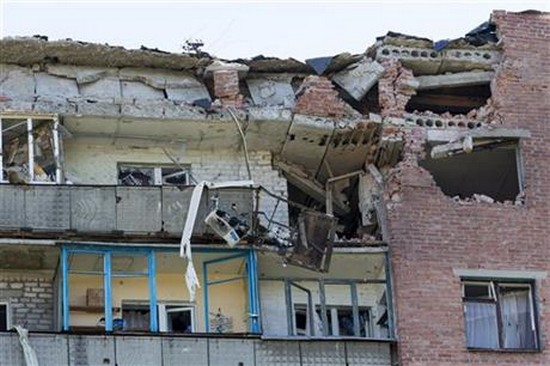